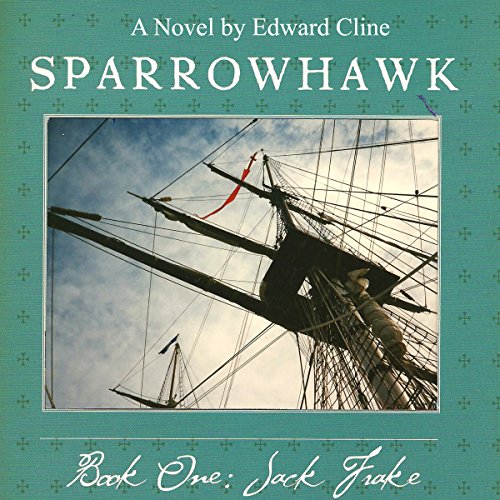 Sparrowhawk, Book One: Jack Frake is the first of a six-title series set in England and Virginia in the decades leading up to the American Revolution. It introduces young Jack Frake, in 1744, of the Cornwall peasantry, whose moral independence puts him at odds with the culture and politics of the time. He is befriended and adopted by a gang of outlaw smugglers who become his heroes. By Book Six, War, the last title in the series, set in 1775, he is a successful tobacco planter in Virginia, and leads his independent militia company to Boston and Bunker Hill. The series has had a bright and consistent sales track record since its debut in 2002. When the original publisher declared bankruptcy in 2013, the author republished the series under the Patrick Henry Press imprint, as a print book and on Kindle, and that sales record has been maintained. An audiobook edition should be popular, as well, with readers of all ages, parents, and even teachers. It has an international readership, from the U.S. to Britain to Australia and India.

The American Revolution did not just happen. It was the culmination of two centuries of Enlightenment ideas that entered men's minds and were refined and honed until they expressed themselves in an unprecedented rejection of tyranny in the name of individual rights and political freedom from the whims of arrogant monarchs and conniving, power-lusting politicians. Sparrowhawk, Book One, Jack Frake encapsulates that process in the story of a Cornwall peasant boy who rejects the tyranny of the British Crown and joins a unique smuggling gang whose members are also in revolt against the arbitrary powers of the government. By the end of his story, young Jack Frake is sent to Virginia as an indentured felon, and by the end of the Sparrowhawk series, 30 years later, in 1775, he will lead his own militia to the heights of Bunker Hill.

What listeners say about Sparrowhawk, Book One: Jack Frake

Beautiful depictions of what it is to Live when you own your life. Equally riveting are the descriptions of those who live without ownership.

this story takes one back to England in 1740 and explores how the tyranny of the times supported the moves to the colonies. It's a wonderful tale of principles, dreams, drama and how one boy got caught up in all of it. The narrator was great with all his voices, story very well written. can't wait to explore the rest of the series