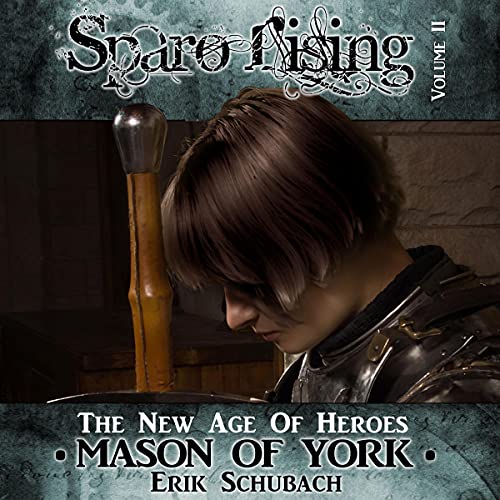 By: Erik Schubach
Narrated by: Brenda McGinnis
Try for £0.00

Almost 3,000 years after an extinction level event on Earth, mankind seeks to regain its former glory, in a new world where magic and technology collide.

The life of Genevieve Mason, a commoner and serf of the Realm of York, in the Lower Ten of Sparo, had been turned upside down when she was young. Being the daughter of a mason, she always knew her place in the cogs of the wheel of life, until the Keep came under siege by the Reaper and his Horde of Marauders.

She was saved at the gates when York fell, by a huge muscular female Squire from the neighboring realm of Wexbury, Verna. This woman had taken a killing axe blow meant for her, and yet stood, saving Gen from an untimely demise.

That set the course for her life, as she aspired to be like Verna and champion the weak, to challenge the stars to change her own destiny and become one of the greatest Knights of York.

What listeners say about Sparo Rising

I must say the stories Schubach writes just keeps getting better and better and I always look forward to the next and this is no exception if you like the stories of Sparo than you will love this wonderful tell.