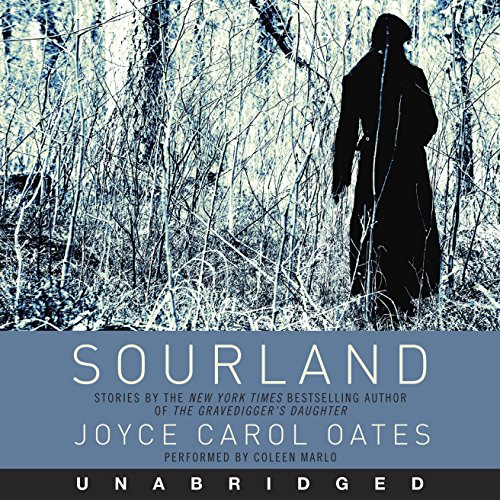 By: Joyce Carol Oates
Narrated by: Coleen Marlo
Try for £0.00

In these 16 stories, Coleen Marlo gives voice to Joyce Carol Oates’ gothic cast of abandoned women caught in limbo and fighting to break through. The tone is set from the first few sentences of the very first tale, “Pumpkin-Head”, where a recently widowed woman muses, “There is not one person to whom you matter now. This is the crossing over.” Marlo delivers these words in a voice dripping with self-accusation  a sense of guilt and personal responsibility at being left behind pervades Sourland, and sexual violence and degradation at the hands of others is welcomed by the victims as a deserved punishment. It doesn’t take long for “Pumpkin-Head” to turn very ugly, and the climactic attack by a solicitous neighbor is described in Oates’ occasional purple prose as a kind of foregone conclusion.

Oates fixates on the physical, as her characters grasp for the corporeal as a panacea for their isolation. Here, love and affection are a form of torture, and the power of the female embrace is harmful: “Her arms came around Woody with iron-maiden swiftness.” This masochism reaches its zenith in “Donor Organs” where the narrator imagines a “ribcage opened up, pried open with giant jaws, you’d hear the cracking of the bones...the organs spooned out...nerves snipped and tied.” Those last words also illustrate one of Sourland’s weaknesses, the several instances of repetition that exist even within a story: a little later, “optic nerves and blood vessels (are) snipped, tied”. There is also an arbitrary cut-off point for several of the stories, as if Oates loses interest in developing a story as soon as we become interested in her slowly unfolding characters. But this is remedied by the depth and shade given to each characterisation by Marlo’s performance, and her wistful voice can be as comforting as a hushed lullaby or as cutting as a thorn bush. The peripheral characters are also made into vivid cameos, and she is adept at the male rage that buffers the women. In “Honor Code”, listen as she spits out “Don’t you turn your back on me!” and feel the tension intensify by several degrees. She also clearly differentiates between narrative voice and character dialog  the tension between the two aspects of her performance tell their own story and add another level of drama to these urgent gothic parables that leaves the listener reeling. Dafydd Phillips

A gripping and moving new collection of stories that reimagines the meaning of loss - through often unexpected and violent means.

Joyce Carol Oates is not only one of our most important novelists and literary critics, she is also an unparalleled master of the short story. Sourland - 16 previously uncollected stories that explore how the power of violence, loss, and grief shape both the psyche and the soul - shows us an author working at the height of her powers.

With lapidary precision and an unflinching eye, Oates maps the surprising contours of “ordinary” life. From a desperate man who dons a jack-o’-lantern head as a prelude to a most curious sort of courtship, to a “story of a stabbing” many times recounted in the life of a lonely girl; from a beguiling young woman librarian whose amputee state attracts a married man and father, to a girl hopelessly in love with her renegade, incarcerated cousin; from a professor’s wife who finds herself tragically isolated at a party in her own house, to the concluding title story of an unexpectedly redemptive love rooted in radical aloneness and isolation, each story in Sourland resonates beautifully with Oates’s trademark fascination for the unpredictable amid the prosaic—the co-mingling of sexual love and violence, the tumult of family life—and shines with her predilection for dark humor and her gift for voice.

"Oates's fiction has the curious, morbid draw of a flaming car wreck. It's a testament to Oates's talent that she can nearly always force the reader to look." (Publishers Weekly)
"This is a trenchant book of “cruel fairy tales” in which people are severely tested, profoundly punished, and tragically transformed." (Booklist)

What listeners say about Sourland