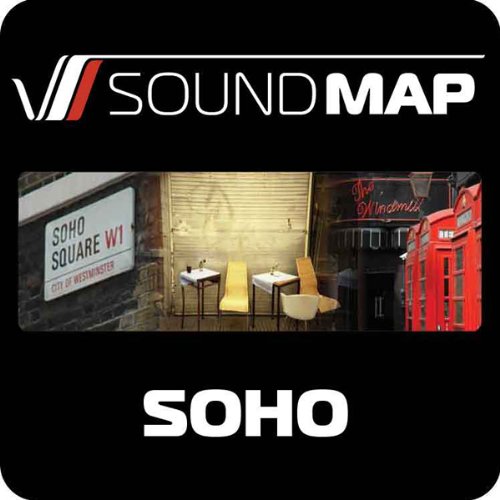 Audio Tours That Take You Inside London
By: Soundmap
Narrated by: Irma Kurtz
Length: 1 hr
Categories: History
4.5 out of 5 stars 4.5 (2 ratings)

By: Soundmap
Narrated by: Irma Kurtz

The insider knowledge London City Walking Tour. The listener is guided through the streets with stories and secrets intertwined and immersed in a world of music, interviews, and sound effects from those in the know.

Soak up the legendary atmosphere of Soho with Irma Kurtz as she walks you around the village she calls home. Discover some of the famous haunts of Bohemian Soho and walk through the streets that have played host to generations of writers, artists, tarts, pimps, gangsters and philosophers. Meet some of the locals like Norman, landlord of his pub for 63 years and Gerry the Stitch, the last of the Soho Jewish Tailors. Soho has many secrets to reveal.

"Soundmap is the 5-star option for iPod toting tourists... the guides are packed with character and atmosphere and the music and sound effects are ladled on with the enthusiasm of a high-gloss television documentary." (Mail on Sunday)
"Soundmap's audio tours offer a very personal perspective... It's a way of becoming immersed in an area, a bit like being in your own film complete with a soundtrack." (Time Out London)
"Walking, iPods and London trivia are the holy trinity as far as Londonist is concerned. The three have reached conjoined perfection in Soundmap." (Londonist.com)
"London has such a wealth of history and things to do, that it can become a little bewildering for visitors. Even for seasoned Londoners like myself, it's always surprising how little we actually know about this great city. Soundmap offers a solution." (Journeylist.com)

What listeners say about Soundmap Soho