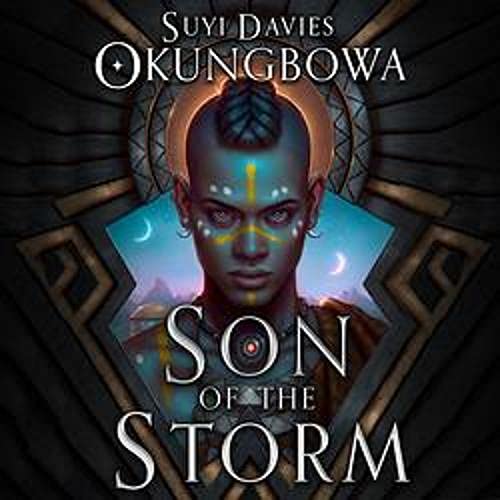 Son of the Storm

By: Suyi Davies Okungbowa
Narrated by: Korey Jackson
Try for £0.00

In the city of Bassa, Danso is a clever scholar on the cusp of achieving greatness-only he doesn't want it. Instead, he prefers to chase forbidden stories about what lies outside the city walls. The Bassai elite claim there is nothing of interest. The city's immigrants are sworn to secrecy.

But when Danso stumbles across a warrior wielding magic that shouldn't exist, he's put on a collision course with Bassa's darkest secrets. Drawn into the city's hidden history, he sets out on a journey beyond its borders. But the chaos left in the wake of his discovery threatens to destroy the empire.

"Everything I love to see in a fantasy story: masterful, fully-realised worldbuilding, morally complex characters, thoughtful and piercing interrogations of power, privilege, and all the facets of human nature. Damn good stuff!" (Jenn Lyons)

"A mesmerising coming of age tale set against a thrilling, fantastical adventure that introduces and beguiling new world [...] and then rips apart everything you think you know." (S. A. Chakraborty)

"An elaborately plotted tale of ancient magics and world-shattering politics. I, like many others, will be impatiently waiting for the next instalment!" (Andrea Stewart)

"A vibrant tale of betrayal, intrigue and revolution." (Anthony Ryan)

"A thrilling, fantastical adventure that introduces a beguiling new world." (S. A. Chakraborty)

What listeners say about Son of the Storm

OMG! This needs to be a movie!

This is an incredible tale of fate, power and treachery! I couldn't put it down! When am I getting book 2 please???!

From Korey's accent to his Suyi's story telling this has been one of the best books/audiobooks I've read this year. The story had me so gripped, I cannot wait for book 2. I also got the preorder campaign character cards and for the first time ever the characters looked exactly how they were described in the book.