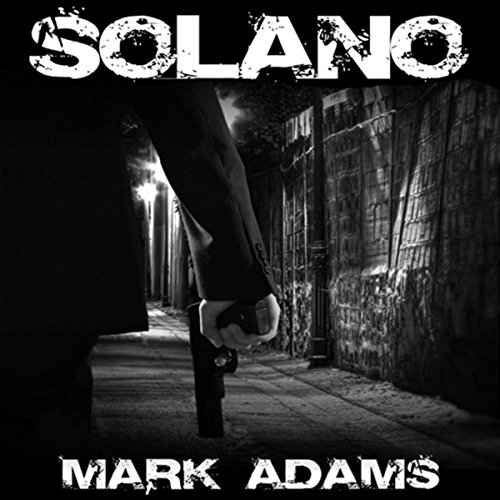 By: Mark Adams
Narrated by: Jonathan Keeble
Try for £0.00

Chief Inspector Alex Stirling, an officer in the Metropolitan Police’s Arts and Antiques Unit, receives an urgent late-night phone call at his flat in London: Ivan Macek, a Croatian Holocaust survivor and Nazi-hunter, has been murdered at Tyburn Convent. A gold bar found next to the body apparently links the crime to the Ustashi, a long-thought dead Croatian nationalist movement.

Matea Kovacic, Macek’s granddaughter and a conservationist at the British Museum, explains that Macek had been investigating the disappearance of the entire Croatian Treasury at the end of the Second World War. He had made a breakthrough, which she believes cost him his life.

Macek’s theory that the Treasury was illicitly transferred to the Vatican Bank by a fascist religious order, Solano, is in doubt following his death, as communications intercepted by MI5 suggest that the Treasury was actually stolen by Bosnian Islamic fundamentalists who have brought it to London to fund a terrorist atrocity.

Matea persuades Stirling that the real threat is Solano, and that they must identify and apprehend the London-based members of Solano if her grandfather’s murderer is to be caught and a regional conflict in the Balkans to be avoided. As they embark on their search across London, the mysterious Solano leader Zlatar deploys a ruthless assassin, Miroslav, to stop them.

Solano is Mark Adams’ debut novel. Mark is a fan of thrillers and hopes that the political intrigue and betrayal within Solano is a match for John Le Carre. Like the author Lee Child, Mark is a law graduate of the University of Sheffield. He lives and works in London.

What listeners say about Solano

The whole plot is given in the summary. There is nothing more to this book - no surprises, no depth of character. The story is padded out with endless detailed names and numbers of weapons and vehicles but I think the worst part was the excrutiatingly bad accents in which it was read.

A really intelligent and gripping thriller!

I really enjoyed Solano - I can only describe it as a cross between the Larsson books and Dan Brown; incredibly gripping, fascinating attention to detail and very strong plotline.

It was a bit of a punt as I don't know much about this writer but it paid off. I highly recommend it esp. for Summer on your ipod.

I can't wait for his next book!

Not an enjoyable book for me.

mirislavic to be killed, though I hate all the killings in this book. I didn't understand the plots within this book and found that I trusted none of the people within it.

What could Mark Adams have done to make this a more enjoyable book for you?

Nothing, as I hated everything about this book, though I forced myself to listen.

Maybe Myles Cavendish being killed as he was one of the baddies in this book, but I can't really say I enjoyed any of it.

If you could play editor, what scene or scenes would you have cut from Solano?

I wouldn't've wanted to have anything to do with it, but then again, to not want this book published deprives readers freedom of choice to read books like this even if I don't understand why they enjoy them.

Awesome listen. Must recommend to others. Everyone should listen to this. I enjoyed listening to it the title.

While the plot did have potential, this story did not quite 'make it'. Way too predictable, stylized development and an almost 'write by numbers' story', this listen is one you could miss. The reader was OK.
I expect Mark Adams could get a better, as a writer, in time.