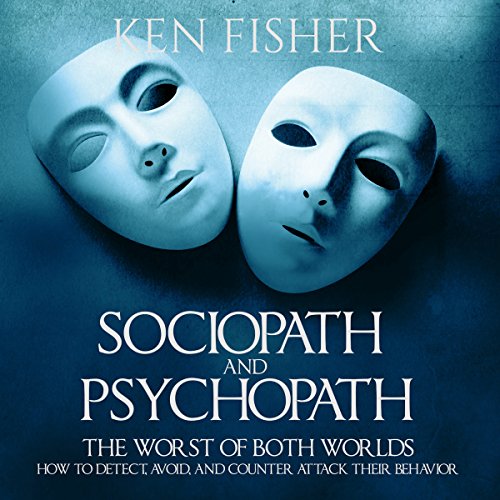 How about other friends and associates? Have you been introduced to their family? Perhaps you can't understand why someone who is so lovely and charming, and who you consider to be a wonderful human being, has such few friends. Maybe this is because the ones that came before you have already experienced their other side.

If you question this, you will discover that sociopaths are natural liars. You'll be told how terribly wrong their previous partner treated them, or how their entire family was taken out in a single tragic accident, and that's why they are alone. There are ways to independently investigate such grandiose claims. If you're suspicious, do not take anything at face value.

Along a similar line, watch out for anyone who tries to isolate you from your own friends and support groups. Sociopaths like to remove you from any other support so that you don't have the ability to pull back or have someone else removed from such situation, or even point out to you just how strange your new boyfriend is. Despite how glib and charming they may first appear, sociopaths are actually often socially immature when it comes to the core of it. They can be extremely selfish and needy to the point of obsession. If you've confirmed that someone you know is a sociopath, then it's best to simply avoid that individual as much as possible.

What listeners say about Sociopath and Psychopath

This book was very informative. I have been in business school before and have taken MBA courses so the material was highly relevant to understanding my classmates. The data was racially charged but the narrative was lucid and easy to listen to. The ultimate moral/ethical underpinning is that you need to get to know people.

Not as imformative as I anticipated!

Not as imformative as I anticipated! Narrator had an annoying pitch that made me cringe every couple of words.

Great Book and One Mistep

I enjoyed listening to this book, which is full of useful information. The author went off the rails just once when he brought up the subject of the warrior gene seemingly out of the blue. He provides precious little historical or social context for this poorly understood and controversial subject, leaving a negative, distorted, and stereotypical view of some minority groups. He would have done well to have just left this tidbit out, and I hope he will do so in the next edition of the book. That one goof aside, I'll listen to this manual a least one more time to enjoy the clarity he brings to the subject of sociopaths and psychopaths. Great book overall.

I liked it, it wasn't way too long, the Narrator is Impressive! It's a 9 out of 10 for me , I hoped to learn more on psychopaths and not only sociopaths. Thank you.

This is one of the best books I've read on identifying[ and dealing with sociopaths.