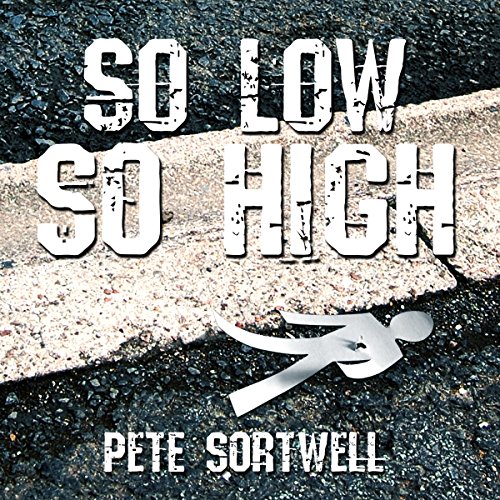 So Low So High

By: Pete Sortwell
Narrated by: Ian Barker
Try for £0.00

Simon Brewster is a doomed man. If he doesn't change his ways, he'll never see middle, let alone old age. He knows that most people generally don't drink white cider for breakfast, don't use the aisle of Tesco as a toilet, and don't steal from their family and friends. At school, the career adviser never suggested stealing Edam balls and legs of lamb as a job, and his doctor has never prescribed crack cocaine or heroin. Simon still does these things though, and the worst part is, he doesn't know any more than you do why he continues doing it.

He's seen his parents on their knees, crying, begging him to stop; he's been arrested by his former best mate; he's been hospitalized, all as a result of drug and alcohol abuse. It's just not enough to make him stop. Simon lies to everyone, including himself. The truth is, he has no more of an idea why he does the things he does than you do. What he needs is a way out. But if such a thing exists, Simon hasn't had much luck finding it. He's powerless; his life is unmanageable to the point of insanity.

This is the story of Simon Brewster's last year using class "A" drugs. Join him as he crashes his way through police cells, courtrooms, and display cabinets. One way or another, Simon will stop using drugs. But can he overcome his addictions before his addictions destroy him?

What listeners say about So Low So High