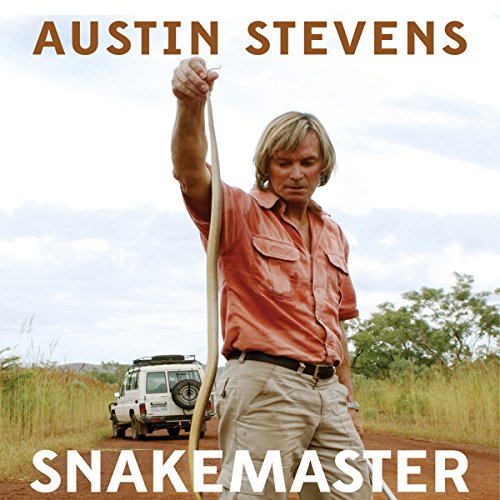 Known as the original "Snakemaster" from his various television shows, Austin Stevens is one of the most famous herpetologists in the world. From his show Austin Stevens: Snakemaster on Animal Planet to his many appearances in the media, Stevens is known as an incredibly smart, yet incredibly insane animal lover.

In Snakemaster, Austin Stevens tells incredible stories of his many run-ins with dangerous animals and reptiles. From wrestling with a reticulated python to panicking after being bitten by the infamous Gaboon viper, Stevens brings you into his world of wildlife and tells the story of how a boy from Pretoria, South Africa, became one of the most widely known herpetologists in the world.

You’ll be able to place yourself in his world - from the deserts of Africa to the jungles of Borneo. Sharing incredible stories of his love of animals and nature, this one-of-a-kind collection of stories will make you laugh, cry, and shiver with fear!

What listeners say about Snakemaster

This book is a brilliant insight into the life of a snake handler and one with no fear at that. If you've never heard of him but love snakes then you're missing out.
Funny, exciting and even a little thrilling.