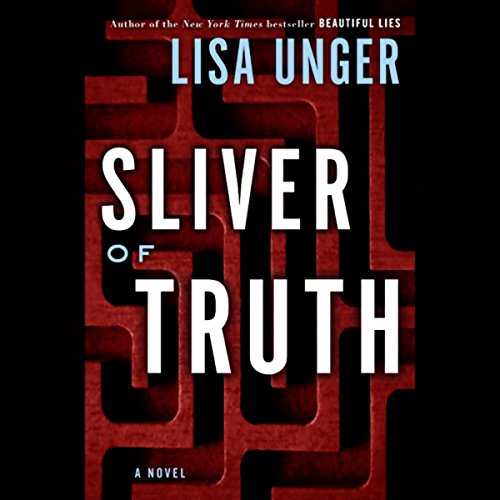 Ridley Jones is being careful about where she steps, and trying to get on with her life, when a seemingly mundane act - picking up a few envelopes of prints at a photo lab - puts her at the nexus of a global network of crime. The shadowy figure of a man appears in almost every picture she's taken in the last year, lurking just far enough away to make identification impossible.

Now the FBI is at her door, some serious bad guys are following her every move, and the family she once loved and relied on is more distant than ever. The only thing Ridley knows for sure is that she has to get to the truth about herself and her past if she's ever going to find her way home.

Charged with relentless intensity and kinetic action, playing out with unnerving suspense on the streets of New York and London, and seen through the terrified but determined eyes of a young woman whose body and heart are pushed to the point of shattering, Sliver of Truth is another triumph from the New York Times best-selling author of Beautiful Lies.

"Best-seller Unger's sensational second thriller...puts her in the same league as such genre masters as Peter Straub and Peter Abrahams...Unger grabs the reader by the throat and doesn't let go....Unger's gifts for dialogue and pacing set this far above the standard novel of suspense and will leave many anxiously awaiting her third book." ( Publishers Weekly)

What listeners say about Sliver of Truth

Engrossing and just totally enjoyable! Per usual, Jenna Lamia's narration is outstanding. Always she seeks to bring to life the characters the author has created, rather than just delivering the words of the author. The story was multi-faceted with lots of twists and turns, and once you understand the author's use of flashbacks, I think you will find this a most rewarding book choice.

I love, love, love Jenna Lamia. She has read the absolute best books I’ve ever read - The Shape of Water, The Help, The Secret Life of Bees, Velva Jean Learns to Drive....But even she cannot help this low level, undeveloped, dragging along, boring, run-of-the mill mystery. Returning now.