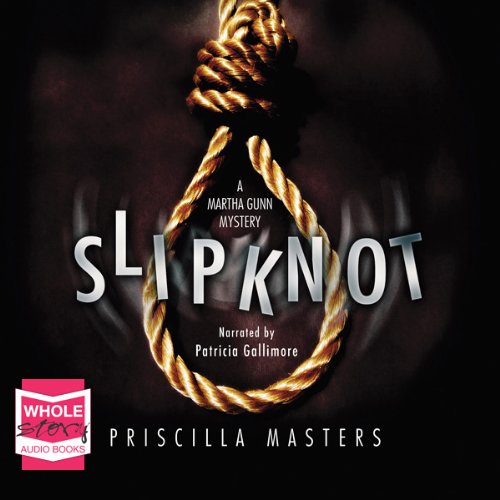 Callum Hughes has been labelled a killer and a psycho - by the press, by his classmates, and by the family of the boy he stabbed. Roger Gough has been labelled a victim. He is described by everyone as a sporty, funny, and popular boy who was brutally murdered by Callum. But things are rarely so black and white.

When Callum is found dead in his cell just two days after his arrest, it is accepted that he simply could not cope. But was such a timid and intelligent boy really capable of murder? Or of taking his own life?

Coroner Martha Gunn dares to dig a bit deeper, unravelling a truth far more disturbing than anything the papers could have made up.

I'd highly recommend this book. Great story and great narration. This is definitly one of those books that I could listen to in one go. 7+ hours of gripping storyline. It's not fast paced at all but it really grabs your attention!

realistic and has many twists and turns,I could not press the stop button,highly recommended,brilliant characters and well read.

Narrator best part of this book!

Martha Gunn is a coroner who must rule on deaths that have occurred as a result of bullying in a school yard. I would not call this a traditional mystery, so much as a study in the psychology of the minds and motives of the people involved, though there is an unknown regarding the deaths in a certain way.

Priscilla Master's strength as a writer is in the way she makes parallel stories have an emotional connection, as there are several mothers who are losing their sons for different reasons weaving in and out of the story. Actually, in truth, that is the heart of the story.

There are parts of this book left unfinished, so I assume it must pick up in the next episode. I felt unsatisfied not knowing if it just abruptly ends with parts unknown, or the reader is supposed to expect the unfinished parts to pick up in a future book.

Patricia Gallimore is an excellent narrator. She does such a wonderful job with different voices. Better with women's than men's, but that is not surprising. The reverse is true for most male narrators. She is rapidly becoming one of my favorite readers, and I am looking for more books she has narrated!