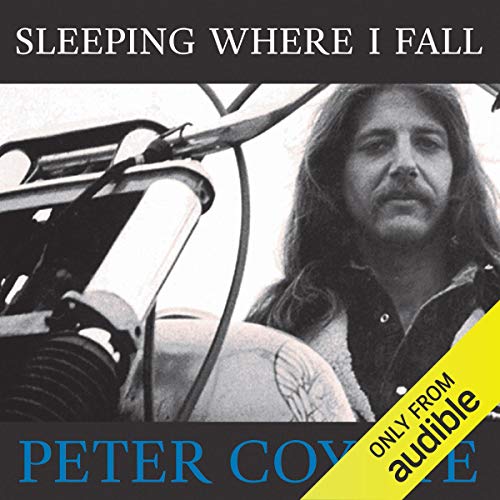 Sleeping Where I Fall

In his energetic, funny, and intelligent memoir, Peter Coyote relives his 15-year ride through the heart of the counterculture - a journey that took him from the quiet rooms of privilege as the son of an East Coast stockbroker to the riotous life of political street theater and the self-imposed poverty of the West Coast communal movement known as The Diggers.

With this innovative collective of artist-anarchists who had assumed as their task nothing less than the re-creation of the nation's political and social soul, Coyote and his companions soon became power players. In prose both graphic and unsentimental, Coyote reveals the corrosive side of love that was once called "free"; the anxieties and occasional terrors of late-night, drug-fueled visits of biker gangs looking to party; and his own quest for the next high. His road through revolution brought him to adulthood and to his major role as a political strategist: from radical communard to the chairman of the California Arts Council, from a street theater apprentice to a motion-picture star.

What listeners say about Sleeping Where I Fall

An honest peek at the counterculture

I was looking for a chronicle of the 60s and communal living. I found much more in this inspiring and brutally honest piece. A tale of an extraordinary and bold life at the limits of culture, full of incredible insights from the most remote corners of the street.

it was a great over view.

it was enjoyable, I was drawn by his perspective of the movement growing up. His narrative voice was easy listening.

I grew up just a little too young to be a hippie in the Sixties, but old enough to want to be and to adopt the values they stood for. This first-hand account afforded me an intimate account of one persons experience of those timed and a reminder of the importance of those values. Thank you, Peter Coyote.

Solid, but not great.

Coyote can write. and he's an excellent narrator. This reminded me a bit of Patti Smith's book. While i enjoyed it, it just didn't quite get to that next deeper level.

very entertaining. PC got some cojones recounting such a busy life. rock on. peace out

Peter Coyote’s voice is the reason I listened to this book -to find out more about this guy. Luckily about 3/4 of the way through, I leapt to the last 2 chapters. If you’re a child of the ‘60’s & ‘70’s drug scene you will most likely enjoy this book. Otherwise keep moving on!