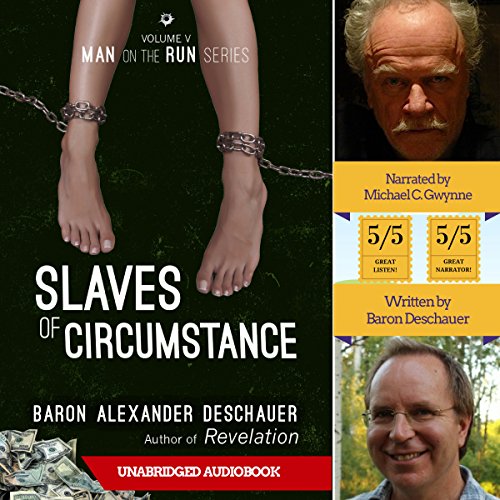 After the June Terror killed hundreds of thousands around the world, Jack Harding knew he had to disappear. Not wanting to risk flying from Europe, he takes the long trip across Russia by train, aiming to get back to the US by crossing the Bering Strait. Instead, he falls victim to a family of human traffickers, who submit him to months of unspeakable abuse.

When he is finally able to escape, he finds he's not the only one seeking revenge against their demons. Together with his new friends, they set in motion a plan to rid the world of sexual slavery, one low-life at a time. Despite using every trick in the book to hide their work, it quickly catches the eye of a secret branch of the CIA. Soon, Jack finds himself pulled once more into a world he had so desperately tried to avoid.

The fifth installment of the Man on the Run series wrestles with some of the most pressing issues of our time, from human trafficking to the role of violence as a tool in securing peace. It forces us to look at what lies beneath the world around us, and question the lengths we would go for justice and for love.

What listeners say about Slaves of Circumstance