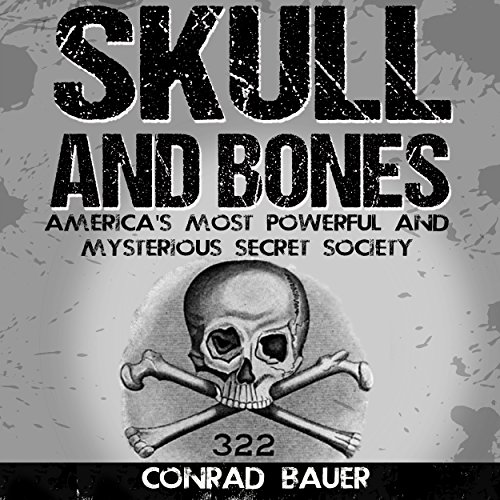 Skulls and Bones, a secret society that could easily be the most powerful in America.

Nobody likes the idea that there are hugely influential powers operating behind closed doors. For centuries, there have been stories about secret societies that control everything we do and dominate the highest echelons of politics and business. Whether it's the Illuminati, the Masons, or the Knights Templar, it's not uncommon for people to believe that there might be a cabal of people who conspire together for their own nefarious purposes. But while these earlier societies might be clouded in mystery and intrigue, there are modern equivalents of which we know much, much more.

One of these mysterious societies is known simply as Skull and Bones. A clandestine group who gather at one of the world's top universities, they are made up of some of the cleverest, brightest, and most privileged members of their generation. In addition to this, their members have gone on to be CEOs, moguls, and even Presidents. Their alumni hold some of the most important positions within society and, for the majority, their membership of this secret club is a closely guarded secret.

Whether it's generations of the Bush family, members of the Taft family, Rockefellers, CIA officers, Presidents, publishers, judges, lawyers, Olympians, ambassadors, congressmen, governors, senators, authors, diplomats, or musicians, there seems to be no limit on who might be its member. With their mooted involvement in thefts, rituals, and even more hidden power politics, the members of Skull and Bones are part of seemingly one of the most powerful groups in the world. In this book we will examine their history, their practices, their members, and their legacy. By the end, you should have a much clearer idea of what it means to be a member of one of Yale's most exclusive groups: Skull and Bones.

What listeners say about Skull and Bones

The author doesn’t do any work to verify his claims of what takes place inside the secret organization. Just explaining that a lot of conspiracy theories are not true of the group. Additionally, the book doesn’t follow a very well laid out chronological story line. The recording was done very poorly. High and low frequencies were not cut out, so “S” ‘s are very sharp and high frequency, and you can hear the author moving around in a chair. There’s also very long pauses between paragraphs but fast reading in between, so speeding up the audio doesn’t work very well. Overall, not a book I would recommend. I don’t even know if what was written is accurate. I assume not because no sources were cited whatsoever.

The book was super helpful. It was entertaining and informative. The narrator was perfect. Loved.

Nothing but hearsay, rumors, and ridiculous claims

Nothing in this book is provable; it is one rumor and supposition after another that end with the author saying things like "not that we have proven .... George W. Bush and George H. W. Bush were under the influence of" essentially, a small group of Yale University graduates who secretly and diabolically are running the United States if America. What a bunch of garbage.