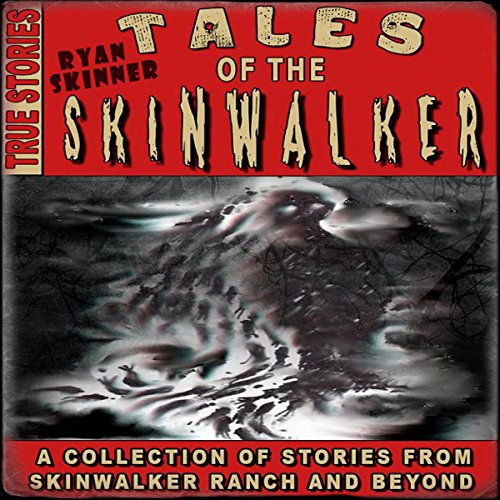 Skinwalker Ranch: Tales of the Skinwalker

Skinwalker Ranch: Tales of the Skinwalker

The Skinwalker is deeply embedded in the Native American lore of the peoples indigenous to the Four Corners region of the American Southwest. Though contemporary archaeologists and anthropologists have uncovered significant evidence of its presence in the art of the ancient peoples which inhabited the Great Basin and surrounding lands, there is no explanation for its origin - beyond an alternate plane or spirit world - or its eventual, and temporary, disappearance.

Regardless, history documents that the Skinwalker was again drawn forth by the shaman of the Navajos to avenge the cruelty of their enemy, the Utes. To this day, the Skinwalker remains among us, haunting a corridor among the hills and canyons, known as the Path of the Skinwalker. This audiobook is a collection of actual, modern Skinwalker encounters, as told by those who came face-to-face with this frightening and supernatural being.

Narrator does a wonderful job, lots of emotion.

It would be nice indeed if the elders would tell all they know. the narrator did a great job.