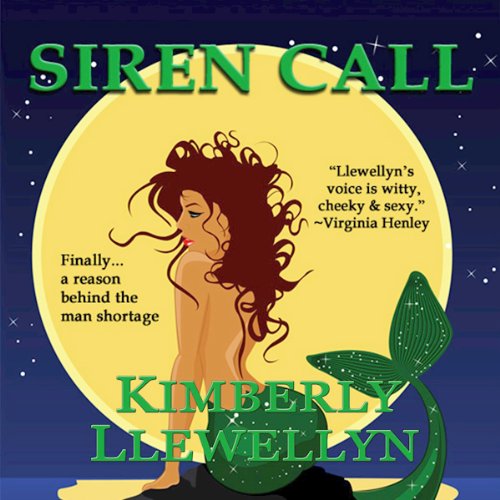 Award-winning author Kimberly Llewellyn introduces a sexy new series with a tale of a woman discovering her special gift and an unsuspecting man whose life is on the line. Two souls whose dangerous attraction could seal the fate of mankind.

Finally...the reason behind the man shortage.

A beautiful soul with a seductive power...When Serina James, a popular swimwear designer, discovers ruthless mermaids stealing the eligible men in her seaside town, she learns of her own ancient aquatic ties to the sirens. And it's no coincidence that the sudden carnal changes in her body coincide with the ocean tides. The sea awakens her desire, as does the hunky new man invading her life-the skeptical police detective, Alex Waters.

A jaded cop destined to be the one... Detective Alex Waters considers Serina the prime suspect in her ex-boyfriend's disappearance. He should take her into custody, but he'd rather take her into his arms. He fights the passion she stirs deep inside him, keeping it on lockdown. Luckily, he has the moral firewall to resist such temptation. But a man can fight the siren's call for just so long.

What listeners say about Siren Call

I really hope that there will be a book 2! I love mermaid stories so much but they are never really grown up stories. This one delivers the grown up fun.