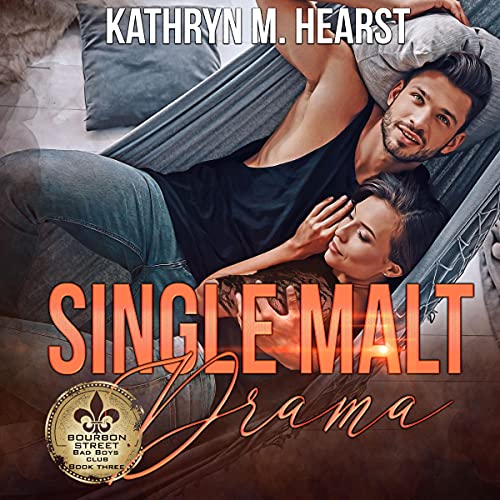 Marco Marchionni, New Orleans’ most infamous playboy, has one rule - never go on a second date.

Relax, it’s not as bad as it seems.

He never makes promises he can’t keep, and the ladies know the score. And before you say it, he’s not a commitment-phobe. He’s been in love with the same girl since he hit puberty. The problem is...she friend-zoned him about the time his voice changed.

Nicolina Lazio is a model, wannabe fashion designer, and a mafia princess. When she’s ordered to marry a man she doesn’t love, she’ll do anything to get out of it, including a daring escape from her ruthless father. The thing is...she’s going to need a little help from her best friend...who just so happens to be her future brother-in-law.

When Marco proposes a fake marriage to keep her father from forcing her down the aisle with his brother, Nico knows better than to say yes. After all, when the mob is involved even the best laid plans have a tendency to end in bloodshed.

Not to mention, the pretend commitment could cost her more than her heart.

You’ll love this romantic comedy chocked full of suspense, because everyone loves a bad boy trying to be a good man.

How far would you go to not go along with an arranged marriage? Nicolina has been slated to marry Enzo, joining the two mafia families and strengthening their power. Neither wants to go along with it, but something has to be done. Playing the bratty fashionista does not seem to be deterring her father's plan But running away with the help of her best friend Marco, Enzo's brother may be the answer. He proposes a marriage in name only to stop the madness. But neither realizes the feelings they actually have for each other. Will the sham of a marriage work? Will the families be happy? Deceit, lies, passion, escape, danger and love all play into this funny light mafia! While it can be listened to as a standalone, it's best to get the family history and start with book 1! I am loving this series, it has me laughing out loud and falling in love, the best feelings you can have!

It does not hurt to have Aaron Shedlock and Charlotte Claremont read me this story either! This talented team delivers a fantastic performance. Aaron has the Marchionni men, each with their own voice. I love his portrayal of Marco. He has a sincerity in his voice that is undeniable, and his determination to keep what is his is unmistakable. Claremont breathes life into our princessa, with a light bratty texture, but quickly morphs into the true gem that is Nico. It's a fabulous listen and must not be missed!

Nicolina Lazio. Principessa. Model. Fashionista. Wife? Her father has ordered her to marry Enzo Marchionni but her heart secretly belongs to his younger brother Marco. So when Marco, a confirmed bachelor, proposes a fake marriage a part of her swoons while the rest of her prepares for heartbreak. He may be more dangerous to her well-being than growing up in the mafia world.

I love the Marchionni Brothers but I was a little afraid of this one. Marco's 'Happy Playboy' demeanor and Nicolina's spoiled behavior don't appeal to me. I could not have been more wrong. Marco turned out to be much more intelligent than expected. But the best surprise was Nico. I loved her. My favorite of the ladies so far. Sweet, innocent, and lacking healthy self-assurance made her a delightful character. Her appearance screams beautiful worldly woman but her personality whispers down-to-earth wishful maiden. She was sheltered and pure, she couldn't keep her American sayings straight and had no idea about pop culture. She could also shoot the lights out, navigate intricate political maneuvers in the male-dominated mafia world, and face down scary spiders and snakes. She was a lovely contradiction and made this my favorite book in the series so far.

The drama level soared in this book. Mafia dangers, Mother Marchionni shenanigans, Papa Lazio's crimes, not-so-scary big brothers, shattering secrets, and a honeymoon in the swamp kept me highly entertained. So many twists and turns. I can't figure out what comes next but I feel the Marchionni's have their most competent leadership yet. Thi husband-wife combo will turn the mafia inside out. Did this book hint at a spin-off? Will we find out more about the Lazio boys? Please!

I loved the dual narration of Aaron Shedlock and Charlotte Claremont. He had Marco's set smoothness nailed and Charlotte was charming as Nico. I loved, loved, loved the way she said each Italian word. Each time she pronounced a name I immediately got a visual image of the character. Well done!

Nicolina is expected to marry Enzo but he is in love with someone else. Marco, his brother wants to marry her so Enzo doesn’t have to, plus he has known her forever. Mafia marriages are usually prearranged. Marco Marries Nicolina and all hell breaks loose in both families. Many secret are revealed and twists also. I recommend this book. Narration was on point! Sisters Spotlight 💕

Kathryn M. Hearst continues to wow me with another amazing novel, the third in her“Bourbon Street Bad Boys’ Club” series. I loved the first two books of this series and have been looking forward to Marco Marchionni and Nicolina “Nico” Lazio’s story. Marco and Nico have been friends since they were young and he agrees to help her get out of the arranged marriage her father set up as a power play to strengthen their two families in the mafia world both in the US and Italy. Nico did not act well to the news of her arranged marriage to Enzo, she tried her best to get Enzo to not marry her, little did she know Enzo was not happy with the arrangement either, Marco was not happy either and comes up with a solution, but he needs to get them both on board. It was great to see there was so much more to Nico, she came off as the bratty mafia princess in Enzo’s book, we learned it was a facade to deter the arranged marriage. Marco stood up for her and by her, but then again, he is the one who knows her best and he may harbor feelings for her, ones he is not ready to admit to. I loved how everything played out in this book, the story is cleverly plotted, there was nothing fake about the romance between Marco and Nico. the chemistry between them is smoking hot. Besides the fabulous friends to romance, there are plenty of twists and turns in the mafia world which leads to a lot of drama, I am rooting for the Marchionni brothers all the way. I am looking forward to see what these changes will bring. Kathryn M. Heart, thank you for another fabulous story and emotional rollercoaster ride.

🎧📚🎧 And for the wonderful narration, you could not ask for a better cast to bring these characters and their story to life. Aaron Shedlock and Charlotte Claremont are talented narrators and voice artists. They had a complete understanding of the characters they portrayed, giving each a voice that fit that character’s persona to a tee, sounding believable in every role they played and just as I pictured the characters to sound. Aaron Shedlock is mastering the roles as the Bourbon Street Bad boy, his Marco was spot on, Charlotte Claremont aced Nico’s role, accent and all. They set the perfect tone for the story, captured the characters’ emotions and projected them into their performance. Both are talented voice artists and entertaining storytellers and a pleasure to listen to. Thank you for another fabulous listen.

I enjoyed this story. It's book 3 in the series can be read a standalone but recommend to read in order since they take in the time and overlap each other. I enjoyed the narration this story

I had so much fun listening to this thrilling friends to lovers romance! This series is getting better with each book and Marco and Nicolina's story is my favorite so far. Marco and Nico have been close friends since they were kids. Now to help strengthen their families, and avoid a war, they want her to marry Marco's older brother, Enzo, who we met in the previous book. Nico has tried everything she can think of to get out of that marriage, so now she has run away, and Nico is helping her. When that backfires as well, Marco and Nico decide to get married instead and hide out on a honeymoon until things settle down. But Nico's dad is not happy and will stop at nothing to bring Nico home. I really loved both Marco and Nico together. Nico was so smart, strong and determined, and Marco made me swoon with how supportive, loyal and protective he was. They were good friends, understood each other, and as they realized how much they have always loved each other, their passion exploded off the charts!
I loved Aaron Shedlock, and Charlotte Claremont's narration. They took my breath away with their expressive performances that bring these characters and this heart-pounding and steamy story to life.
I am really loving this Bourbon Street Bad Boys' Club series, and can't wait to find out what happens with the other Marchionni brothers!

Nicolina is in trouble and running from her father who other than her best friend Marco would she call. And boy do these two bring on the trouble and heat! Both characters are fantastic and I really enjoyed the story!!! Nicolina is probably turned into my favorite character in this series. She brings so much to the table yet is overlooked because she’s a woman. And the surprise ending will leave you in awe. You do get a bit of overlap from book 2 but it’s being told from their prospective this time. Fantastic narration! The Cajun accent was wonderful!