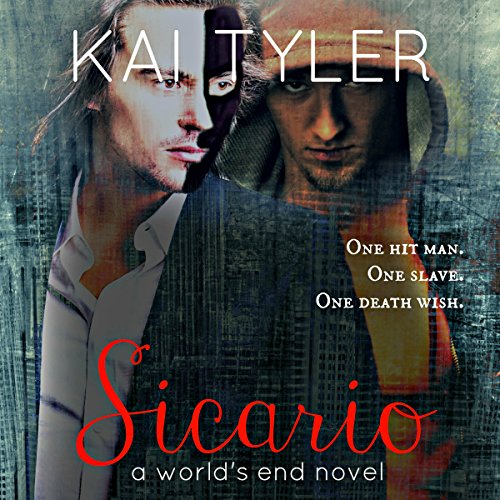 Sold by his parents and bred in a lab, Lexan Cesare is trained for one purpose: to execute his boss' orders. In the Mafia life, loyalty is everything. Emotions have no place, and he never questions the rights or wrongs of the decisions that send him to terminate lives again and again. Until one assignment draws emotions he's never felt before and makes him question his true allegiance.

When a stranger walks into Enzo Mattia ranch in search of a job, his life is changed irrevocably. He is ripped from his family and everything he knows and ends up sold into slavery. He swears to mete revenge on all who have wronged him.

First he has to escape from his new owner, Lexan, a man who captivates him and makes him want to act on impulses he's suppressed for a long time. Impulses that can lead to death.

With corrupt lawmakers and deadly cartels, the world is in flux. Loyalties shift at the speed of a bullet, and betrayal abounds. In the new world, falling in love is just a death wish.

This is a full-length male/male romantic thriller set on a dystopian Earth.

What listeners say about Sicario: A Novel

a bit rushed but still fun

I wished for more depth. So many things happened and some went a bit too smoothly and some too bad. But I enjoyed it enough to read the next book if exist.

Narrator did a good job.