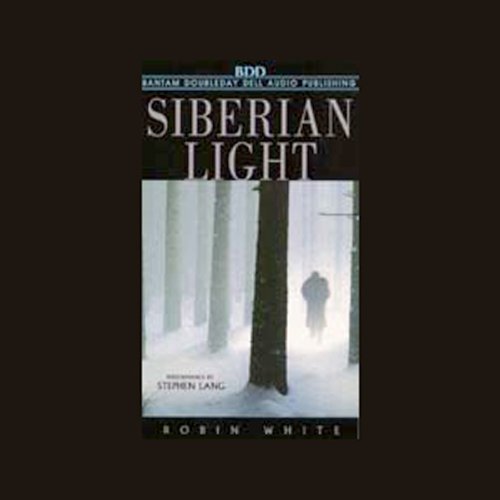 Siberia, land of hope and desperation, frontier to a people shackled by corruption, bloodied by dictators, betrayed by history. A land of unimaginable wealth, and unimaginable greed. Against this backdrop, Gregori Nowek, the mayor of the small river town of Markovo, is ordered to investigate the killing of 3 men. Two of them are members of his own militia. The third is Andrei Ryzkhov, a wealthy "New Russian"; a man who has made a fortune from an American-financed oil exploration deal. The investigation leads Nowek into a labyrinth of deception and ends with a terrible discovery: an old horror, long thought dead, has reemerged amidst the frozen wastes of Siberia.

Gregori Nowek, amateur violinist, former oil geologist, unwilling detective, is a man of reason. He believes in the power of truth even when the truth is inconvenient. He believes in law, even in a lawless nation. And he still holds fast to a flicker of hope; hope for the future, and hope for himself. It remains hidden waiting to be ignited by Anna Vereskaya, an American ecologist and savior to the endangered Siberian tiger.

When Anna is named the prime suspect in Ryzkhov's murder, Nowek wants to believe she is innocent. Anna has come to Siberia to study and save the great Siberian tiger. Instead she has found the dangerous edge of a brutal conspiracy that draws them both into a hunt for the truth, and a desperate race for survival.

Great russian accent and all. The writer did not make me feel cold because of snow but what a chilling plot.

This book is much better than most thrillers and is a classic of its kind. Do yourself a favor and listen to it, then read it.