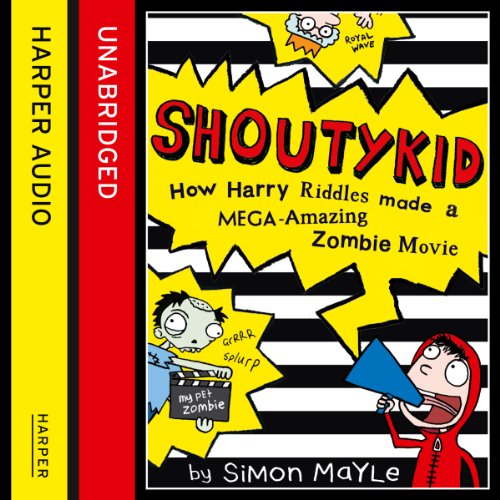 Meet the funniest kid in fiction and follow his life's ups and downs told through laugh-out-loud letters, emails, texts and more!

Her Majesty, hi there My name is Harry Riddles and I don't normally do this kind of thing, but I think we might need some help.…

Harry ‘Shoutykid' Riddles has a few problems: he needs money to make his movie, My Pet Zombie, his dad needs a job before they lose their home, and the school play is going to end in disaster unless there are some major changes to the leading actors! But Harry isn't giving up easily - he decides to write to anyone who might be able to help get his life back on track, including, the Queen, the Prime Minister, and Harry Styles from One Direction!