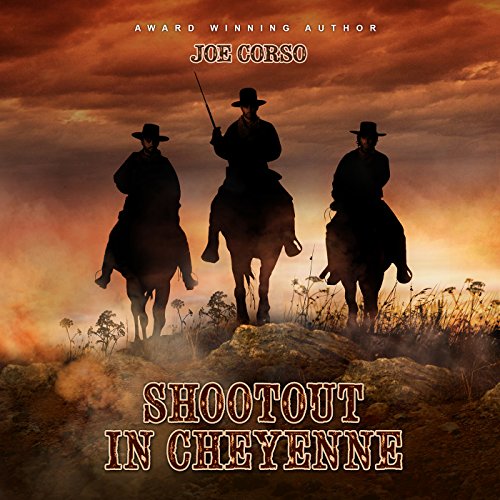 Cal Rymes left the Civil War and his time with the infamous butcher Colonel William Clarke Quantrill. He left Quantrill's Raiders with a particular set of talents and a desire to get as far away from his past as possible. All he wanted was a quiet life, a small ranch to breed horses and raise cattle. A lofty goal for a man who knows nothing but how to take a life.

A marksmanship contest in Dodge City gives him a chance at a new start, where he wins a prized Winchester "Golden Boy" rifle and the moniker of the Calico Kid. Striking out for Cheyenne with his newfound friends to make a grub stake hunting buffalo, Cal finally gets a glimpse of the life he's been fighting for. All that stands between him and the sweet life is the Sutter Gang and brutal leader Neil Sutter. With the railway inching ever closer, Cheyenne is a boom town on the verge of going boom. A town in need of heroes and finding only outlaws. These are violent times for violent men. And Neil Sutter and his men are about to find out they bit off more than they can chew when they decided to cross the Calico Kid.

"Joe Corso is a storyteller in the tradition of Louis L'Amour. If you're looking for an exciting yarn, with well-drawn characters and believable and interesting plot, you can't go wrong reading any of his stories." (R.W. Peake, author of the Marching with Caesar series)

What listeners say about Shootout in Cheyenne

written for a 3rd grade level. Author can't even keep his own facts straight. Terrible read.