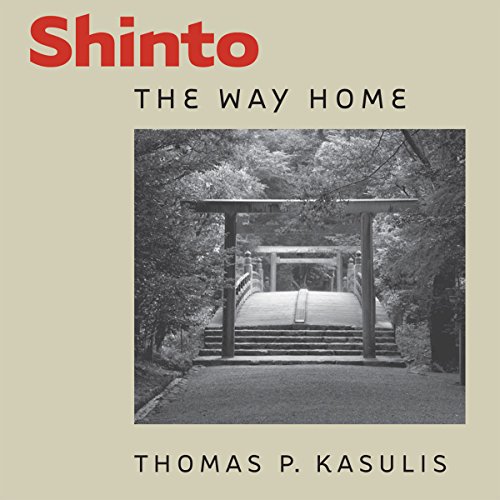 Nine out of ten Japanese claim some affiliation with Shinto, but in the West the religion remains the least studied of the major Asian spiritual traditions. It is so interlaced with Japanese cultural values and practices that scholarly studies usually focus on only one of its dimensions: Shinto as a "nature religion", an "imperial state religion", a "primal religion", or a "folk amalgam of practices and beliefs". Thomas Kasulis' fresh approach to Shinto explains with clarity and economy how these different aspects interrelate.

As a philosopher of religion, he first analyzes the experiential aspect of Shinto spirituality underlying its various ideas and practices. Second, as a historian of Japanese thought, he sketches several major developments in Shinto doctrines and institutions from prehistory to the present, showing how its interactions with Buddhism, Confucianism, and nationalism influenced its expression in different times and contexts.

In Shinto's idiosyncratic history, Kasulis finds the explicit interplay between two forms of spirituality: the "existential" and the "essentialist". Although the dynamic between the two is particularly striking and accessible in the study of Shinto, he concludes that a similar dynamic may be found in the history of other religions as well.

Two decades ago, Kasulis' Zen Action/Zen Person brought an innovative understanding to the ideas and practices of Zen Buddhism, an understanding influential in the ensuing decade of philosophical Zen studies. Shinto: The Way Home promises to do the same for future Shinto studies.

"An outstanding introduction to the basics of the Shinto tradition and its many practices." ( Philosophy East and West)
"Kasulis takes a comparative, philosophical approach, identifying both Japanese and universal characteristics of ‘Shinto spirituality'.... The book has a clear thematic structure, reads well, and will certainly provoke lively classroom discussion." ( Journal of Asian Studies)
"Through illustration and example, Kasulis explains Shinto as have few previous scholars. As in his earlier Zen Action/Zen Person, the author demonstrates without recourse to jargon and agreed-upon models. His concern is not that you be impressed but that you understand, and the result is one of the finest books on Shinto now available." ( Japan Times)

The information itself was interesting but as a British listener the narration was a turn off. Sadly the dry monotone voice just resulted in my brain switching off. The content however I thought was useful for my purposes.

the reader does a good job of delivering the material which can be dense to understand.

it sometimes required a few passes of certain sections as it was challenging to follow. enjoyed the book a lot and filled in a whole host of questions about shinto that a trip to japan only raises rather than answers.

This book focuses heavily on dissecting the history of Shinto and comparing essentialism versus existentialism. It has limited information on Shinto practice and mythology. Narrator was pleasant to listen to.

The start of the book is a bit bland amd takes some effort to get though but most of the book is well written and informative. There are times, however, that the author tries to use a $2 word rather than a 2 cent one but then follows up with a description. I think this is an annoying habit. Either use the word and expect that your audiences are at the level of understanding or just switch to using the normal phrasing.

A scholarly intro to Shinto

If you've ever listened to one of the Great Courses lecture series, this is very similar in its structure, delivery, and technical complexity. The author states at the beginning that this is intended as an introduction to the changing philosophy and social function of Shinto through Japanese history, and it works very well as that. If you are looking for a more approachable or detailed discussion of source texts, shrines, and religious practice, keep looking.

Overall, the performance of the narrator was consistent and enjoyable throughout the work. "Shinto: The Way Home" is not a look at what practices are Shinto and how they are done. Instead, it is looking at the philosophical development of Shinto and why it is what it is. of course, ove the course of the book you may learn various practices, but they are not the main concern. After listening, you'll have a better understanding of the feeling of Shinto, spirituality, and how people think about relgions today.

The author puts some of the deeper and more difficult concepts of Shinto spirituality into modern terms and analogies easier to understand.

it's not a monotone Voice so it's easy to follow. he gives great example for westerns to understand stand

The narrators voice is sometimes too quiet, but the overall concept and "story" is very fascinating. The terms and ideas are rather complex, but it was a good refresher for me (a theology major in college). If you have no previous theological/philosophical background you might find this challenging.

A bit of a yawner.

I was looking for a book on Shinto because I wanted to learn more about it after a trip to Japan. I did learn some interesting things in the first 2 chapters, but the rest of the book was not very interesting.

Absolutely tedious and excruciatingly circular account of a subject that should be fascinating, full of lame metaphors and academically precious prattling. Hope there is another book on this subject that is palatable.