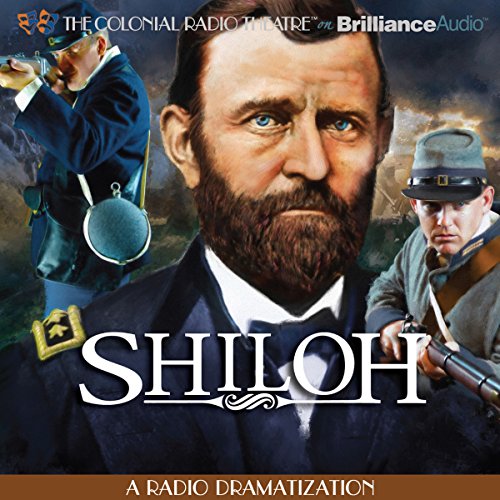 General U.S. Grant and General Sherman are caught off guard by the entire Confederate Army, with their backs to the Tennessee River! Confederate General Johnston's plan was to attack Grant's left and separate the Union army from its gunboat support (and avenue of retreat) on the Tennessee River, driving it west into the swamps of Snake and Owl Creeks, where it could be destroyed. The two-day battle of Shiloh, the costliest in American history up to that time, resulted in the defeat of the Confederate army and frustration of General Johnston's plans to prevent the joining of the two Union armies in Tennessee. An action packed adventure based totally on fact from the award winning Colonial Radio Theatre.

What listeners say about Shiloh

I must write at least fifteen words in a review, but this has left me stunned and in amazement.

The download skipped all through it. We were not able to listen to it for the skipping.