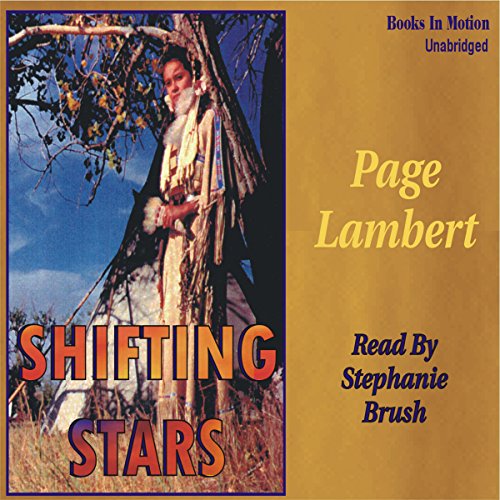 In a remote cabin, Skye Macdonald lived in a special world where her mixed blood was a blessing, a loving symbol of the union between her Native American mother and Scottish father. She grew strong and healthy, tall like her grandmother, and she learned the ways of the Highlanders and the Lakota.

After a mountain lion took her mother, Skye, who would soon be a woman, was more than her grieving father could handle. So he took her to the summer camp of Turtle Woman's band, where Skye could learn from her grandmother the ways of womanhood. But what Skye learns of love and revenge will be of far greater consequence for her and the Lakota than either expects.

Her mother's people believe that her birth under a comet, one of the "Shifting Stars", makes her the "great woman warrior" of prophecy. Skye's strength and skill grow rapidly, and soon she must face this destiny, learning finally that to be a woman warrior has little to do with fighting and everything to do with spirit.

"This lyrical, heartfelt period novel re-creates a particular time and a place while illustrating the universality of the human experience through the ages." ( Booklist)

I just could not get into this book. The narration and the writing were poor - far below average.