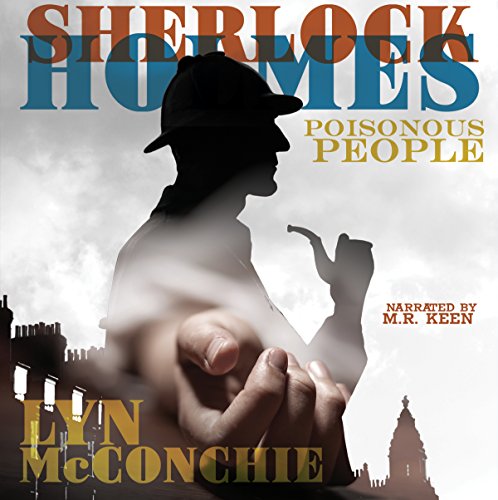 By: Lyn McConchie
Narrated by: Mark Keen
Try for £0.00

Maid and occasional cook Mary Fellowes has been accused of attempting to poison her employers and the evidence against her is damning - or is it? Is she the scheming and vengeful woman that others describe? Or is she innocent, caught in a web of deceit? Holmes and Watson must follow the evidence, exposing long-buried family secrets and hidden conflict, in order to discover the truth and prevent a deadly injustice.

Who murdered successful businessman Gerald Barnes Wimbledon, and why? Stymied by the case, Scotland Yard calls in Holmes and Watson. Their investigations unearth a hidden diary - a journal whose pages provide motives for several business rivals, as well as for the woman he loved and who spurned him publicly. As Holmes and Watson dig deeper into Wimbledon's past, they must question everything they have learned about the man calling himself Gerald Barnes Wimbledon, including how he died.

Great story in the fine tradition of AC-D, read by a brilliant narrator with clear and engaging diction. Recommended!

The story begins slowly and ends up more complex than necessary. The author is more interested in exploring Victorian mores than an actual mystery, and some of this seems to be overstated for the sake of the story, but nonetheless it's a pretty satisfying group of tales in the familiar guise of Homes and Watson. The real problem is the narrator, whose only qualifications for the role seem to be an English accent and . . . well, that's it. He's not much good at distinguishing between characters' voices, and every character he portrays has the same monotone delivery, with the aforementioned English accent.