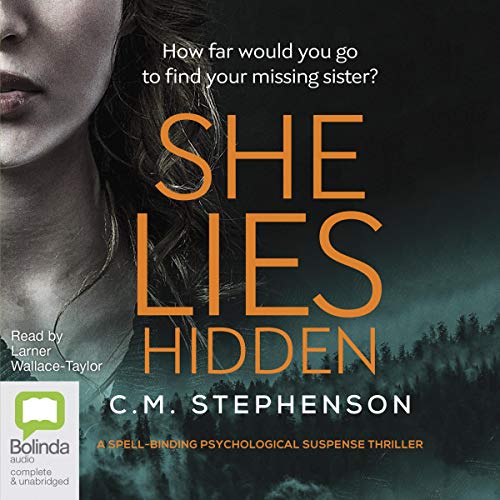 By: C.M. Stephenson
Narrated by: Larner Wallace-Taylor
Try for £0.00

A suspenseful and gripping psychological thriller from an exciting new voice in crime fiction.

How far would you go to find your missing sister?

When DI Thomasine Albright is informed that the remains of her 15-year-old sister have been found, she has the tragic responsibility of breaking the news to her mother. Thomasine promises her mother that she will be the one to find Karen’s killer.

But Karen Albright wasn’t the only girl to go missing during that weekend in 1973.... Veronica Lightfoot disappeared, too. They’d lived barely four miles apart yet apparently never met. Suddenly there is a new question: was Veronica involved in Karen’s death? Is that why she vanished?

DI Mel Philips is handed the original case file and begins a new investigation. Unwilling to be sidelined, Thomasine decides to go it alone.

As the case unfolds, Thomasine realises that there may be other victims. Can she find them, too?

What listeners say about She Lies Hidden

I found this book very boring. The story was dull and narration monotonous. I tried several time to get into the story but it was no use.