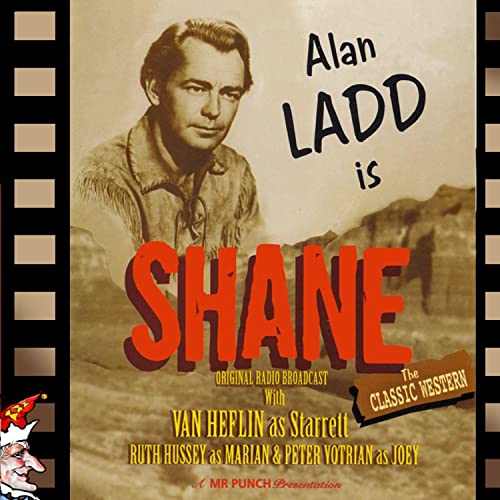 Mr Punch Presents: Shane, the classic Western, nominated for six Academy Awards, is set in the late 1860s and tells the story of the mysterious retired gunslinger played by Alan Ladd, who arrives at the ranch of a family of homesteaders, only to find himself involved in a violent range war. In this special radio production both Alan Ladd and Van Heflin reprise their original film roles from the Oscar-winning movie.

Hollywood Playhouse is a collection of Oscar-winning films adapted for the radio and performed by many of the original film stars in front of a live studio audience.

This programme has been re-mastered and re-edited from the original radio broadcast.

"These radio dramas were...to become as popular as the movies themselves." (Hollywood Movie Memories)

"A lovely series to add to any film, audio or crime lovers’ collection." (Audio World)

"The casting is exceptionally good." (Variety)

What listeners say about Shane