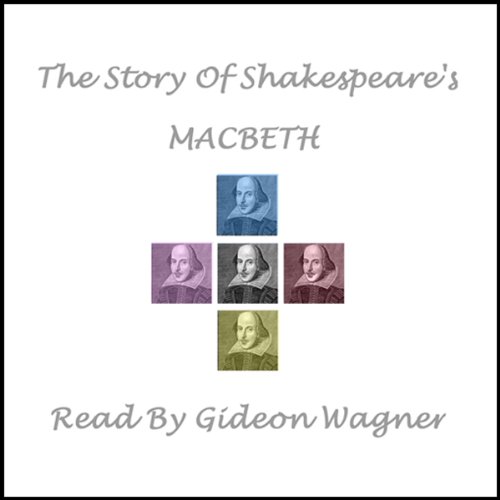 By: William Shakespeare
Narrated by: Gideon Wagner
Try for £0.00

Macbeth, a general of the army of Duncan, King of Scotland, rises through the ranks after victory over the rebel MacDonald. Inspired by three witches' prediction that he would become king, he and his wife murder Duncan, and he becomes King of Scotland himself. The heir, Malcolm, flees to England, where he is joined by Macduff, the loyal Thane of Fife.
©2009 Horse's Mouth (P)2009 Copyright Group
Classics Shakespeare
Show More Show Less

What listeners say about Shakespeare's MACBETH

This is not the play but a story. I'm disappointed. I'm not sure what happened. I think it's a little misleading.

Very short and summarised story of Macbeth! Not a full book. I was rather disappointed! I can only admit to liking narrator Gideon Wagner's dramatization of the story!!!

loved it, it's a required read for my drama class. it's not very long at all.

its a nice tale, but i dont think its all that extraordinary...
surprised how short it is