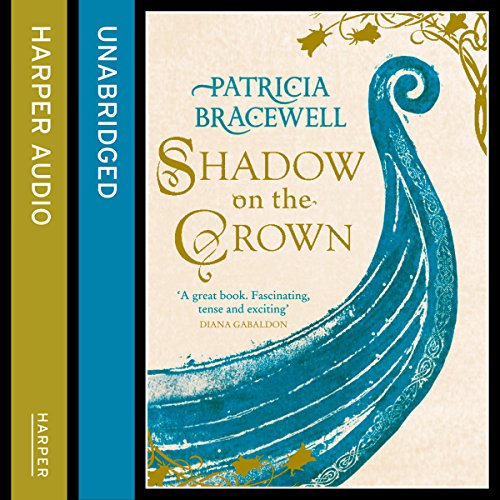 Shadow on the Crown

By: Patricia Bracewell
Narrated by: Maggie Mash
Try for £0.00

Set in England when Vikings are on the brink of invasion, this is an epic tale of seduction, war, and unrequited love from an outstanding new voice in historical fiction.

In AD 1002 Emma, a young Norman girl, must take her place as bride to England's King Æthelred, a ruler who is looking for nothing more than a political pawn to protect his shores and bear his next child.

But Emma soon realises that her new role comes with danger: the seductive Elgiva, mistress to the King, will stop at nothing in her battle for the circlet of gold.

Amidst the turmoil of a kingdom under threat and a forbidden love, both women will fight for the King's attention, a king whose haunted past is as dark as the portent in the night's sky. And the one who rises will become the most powerful woman in the kingdom.

"A magnificent work of historical fiction, evoking time and place in a remarkable way." (Daily Mail)
"This is one of the most enthralling and captivating novels I've ever read. It truly is an epic novel. I can't wait to read the next book by this author." (Karen Maitland)
"A meticulously researched, lyrically written tale which shines a sensuous light into the murkier depths of the Dark Ages." (Robert Low)
"A highly entertaining addition to the historical fiction genre." (Publishers Weekly)
"Readers of historical sagas and romances will embrace this rich narrative." (Library Journal)

What listeners say about Shadow on the Crown

Historic Fantasy at its best!

Loved the story and the fact that factual history was so well moulded with the fictional elements of the authors imagination. I can't wait to read the rest of the story of Queen Emma.

It feels so mean to focus on this, but the voice is so important. And this reader’s rasping tones for the characterization of old crones and cruel men was so hard to listen to.

So glad to have discovered this talented writer. Patricia Bracewell has created a most engaging enjoyable story based in true history. Sufficient historical detail to make the reader (listener) feel immersed in the times. Not too much gratuitous bodice ripping, but enough romantic interest to flavour (the less the better as far as my taste in literature goes).

The narrator Maggie Mash is not the best and reads at such a slow pace I can’t understand why words and sentences are so drawn out. I find with audio books, that a good narrator can add enormously to the enjoyment and can make an ok book really enjoyable and quite good. Fortunately this book did not need support by a great narrator, and the book is fantastic in spite of the not so great narration. Nevertheless, I would still download a book with this narrator.

A really great entertaining story and I will download the second book directly.