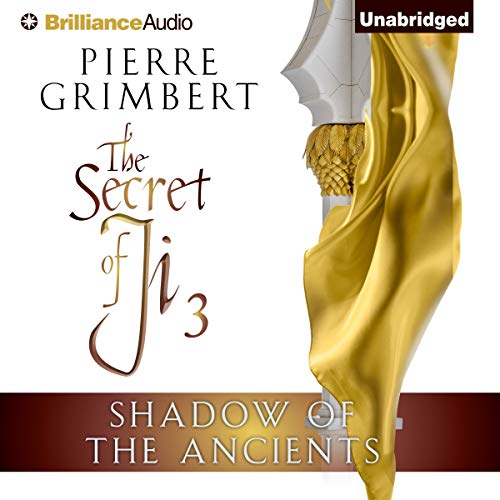 Shadow of the Ancients

From Romine's Deep Tower to the Grand Temple in Ithare, from the Murky Mountains to the Warrior's Vale, the heirs continue their desperate quest—whose outcome will decide the fate of the Upper Kingdoms. Will they have to recklessly desecrate one of the gods' most jealously guarded secrets? Every discovery condemns them.

Armies gather, conspirators reveal themselves, schemes are unveiled. The heirs' time is short.

Unraveling the mysteries of Nol and the emissaries will bring the heirs behind the Curtain, deep into the Eastern Kingdoms. Only there, if they can survive the most dangerous of the guardians, will they find what really hides in the shadow of the ancients.

What listeners say about Shadow of the Ancients

book 4 not in English

cliff hanger ending with book 4 not available in English, super frustrating to start a series and then get cut off..