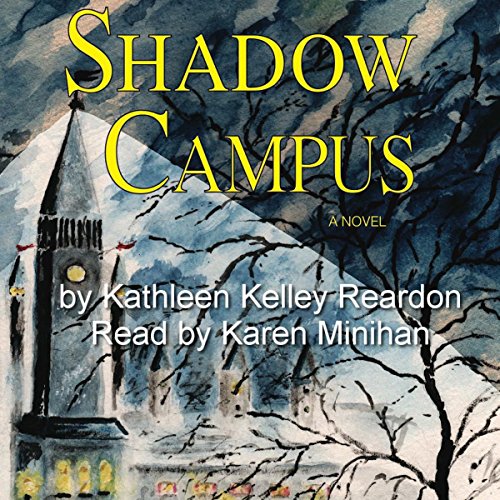 A young professor on the eve of tenure is found hanging and nearly dead in her university office. Her brother and only living relative, a builder by trade, must leave his small New England town for Los Angeles to help a sister he has kept at a distance since a childhood event he can neither forgive nor forget.

Shamus Doherty doesn't know the half of what he is getting into when he begins looking for clues to his sister's near demise. He knows nothing of Los Angeles and would like to have kept it that way. But he is Meg Doherty's only family - at least that's what he thought. Before he can help, there are several questions to be answered. Did she try to take her life? Is it possible that someone else did within the usually safe confines of a university? How does he even begin to unravel the politics of academia where getting promoted, especially for a woman in a business school, is no small feat.

What listeners say about Shadow Campus

If you could sum up Shadow Campus in three words, what would they be?

What was one of the most memorable moments of Shadow Campus?

When the lead character, Shamus, was stranded in the elevator shaft.

A Thoroughly Intriguing and Gripping Tale!

What made the experience of listening to Shadow Campus the most enjoyable?

The book immediately captivates the reader (or listener) and makes it impossible to stop listening until the final scene plays out.

The author clearly has university political experience and deep appreciation for the Machiavellian intrigue of campus politics and its associated danger.

The reader is articulate and provides an easy listening experience while managing to keep the listener on the edge of the seat throughout.

Don't start reading or listening to this gripping tale right before you plan to go to sleep -- you'll be awake and captivated for hours!

Looking forward with zero patience for the author's next novel. With any luck, she will provide a sequel to this masterpiece!