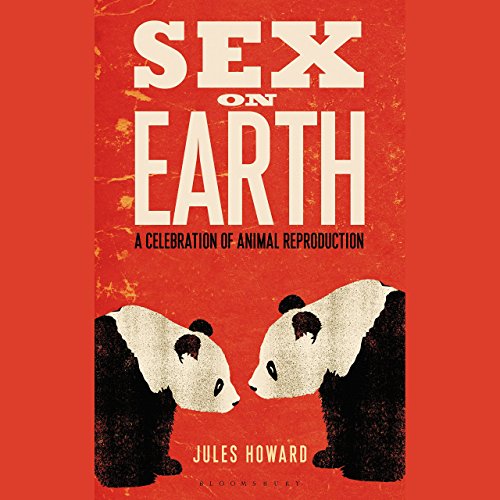 On thousand million years ago, a sexual revolution occurred on Earth. Sex happened for the first time; from this moment the world became ever more colourful and bizarre, ringing with elaborate songs and dances, epic battles, and rallying cries as the desires of males and females collided, generation after generation. All of your ancestors took part and succeeded - an unbroken chain of sex right back to the dawn of complex life on Earth. Well done you. Well done everything.

The world in which we live rings, bleeds, and howls with sex. It's everywhere. Right now warring hordes are locking horns, preening feathers, rampaging lustfully across the savanna, questioning the fidelity of the ones they love. Birds are singing, flowers bloom. A million females choose; a billion penises ejaculate (or snap off); a trillion sperm battle, block and tackle.

Written in a brilliantly engaging style by biologist Jules Howard, this fascinating and highly engaging work covers the how and why of sex on Earth, in all its diversity. From sperm wars to cuckoldry, hermaphrodites and virgin births, spent males, racy harems, clitoral births, hips, breasts and birdsong, penis-percussion, and those riskiest and most elusive of all traits, monogamy and true love, all this and more is discussed in Sex on Earth, as Jules takes us on a voyage of discovery of the ins and outs of animal reproduction.

“Sex on Earth is a refreshingly self-aware exploration of the most intimate moments in nature and how the incredible variety of life has led us to frame our own thoughts about this near-ubiquitous biological drive.” (Brian Switek, National Geographic)

What listeners say about Sex on Earth

I loved this Book

I'm doing a personal project on the evaluation of animal reproduce and this book was a perfect missing piece. It also gave me great book references too.

What a fascinating book! It truly was a pleasure listening to it from start to finish.

Gave me a direction for schooling!

it was highly entertaining, fascinating, easy to comprehend! gave me confidence to pursue my passion

Nice to know we (humans) don't have a market on sex. Insects, birds, amphibians and others seem to have evolved some very peculiar ways of propagating their genes. Very fun and informative read.