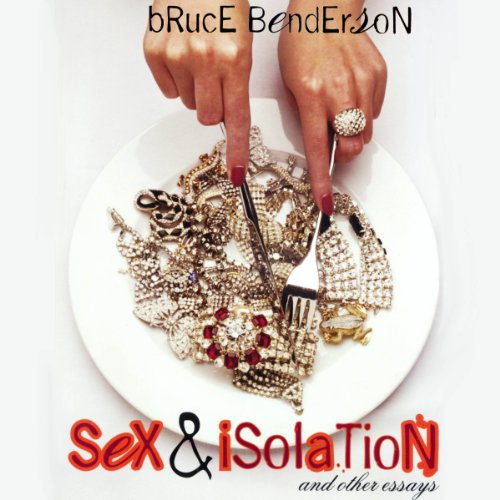 By: Bruce Benderson
Narrated by: Bob Malos
Try for £0.00

Winner of France's 2004 Prix de Flore for his memoir The Romanian: Story of an Obsession, Bruce Benderson has gained international respect for his controversial opinions and original take on contemporary society. In this collection of essays, Benderson directs his exceptional powers of observation toward some of the most debated, as well as some of the most neglected, issues of our day.

In Sex and Isolation, listeners will encounter eccentric street people, Latin American literary geniuses, a French cabaret owner, a transvestite performer, and many other unusual characters; they'll visit subcultures rarely described in writing and be treated to Benderson's iconoclastic opinions about culture in former and contemporary urban society. Whether proposing new theories about the relationship between art, entertainment, and sex, analyzing the rise of the Internet and the disappearance of public space, or considering how religion and sexual identity interact, each essay demonstrates sharp wit, surprising insight and some startling intellectual positions.

This is the first American volume of Benderson's collected essays, featuring both new work and some of his best-known writings, including his famous essay “Toward the New Degeneracy.”

“Author, journalist and translator Benderson ( The Romanian: Story of an Obsession) addresses a range of issues including passion and devotion, death and disease, art and the internet...Focusing on the universal qualities of the obscure and overlooked, Benderson highlights the essential humanity of his subjects, an approach that's just shy of challenging, and should jar readers into relating to and reconsidering ‘the other.’ Benderson hangs out with male prostitutes, courts ex-cons, ‘financially supports a throwaway child’ and experiments with drugs. These and other details help make Benderson's essays as vital as they are stubbornly honest.” ( Publishers Weekly)

What listeners say about Sex and Isolation