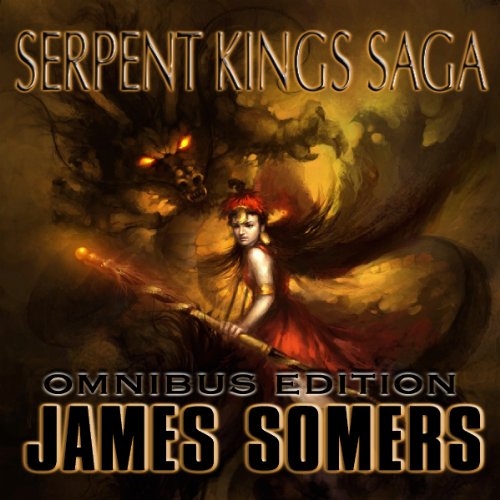 Serpent Kings: Specially trained as a wraith dancer assassin, Gwen prepares for a life dispensing justice in the name of her dragon gods when she successfully repels an attack by the Resistance upon Belial's temple. Suddenly catapulted to a position of status, Gwen is chosen to assassinate Ezekiah, the prophet of the Resistance. But when she's captured, Gwen is shown the dark side of the dragons and their utopian society and the unsuspected kindness of the man she was meant to kill. She desires to remain faithful to the Serpent Kings, but her doubts are growing, and her time with Ezekiah has awakened feelings within her she never thought to have.

Once peaceful Animals are growing fierce, and zombie-like Death Walkers are attacking entire towns as prophecies long held as mere myth come to fulfillment. In Gwen's absence, a great miracle makes this wraith dancer a costly liability to the dragons, and she cannot be allowed to live any longer.

Wraith Dancer: In Gwen's absence, a great miracle makes this wraith dancer a costly liability to the dragons, and she cannot be allowed to live any longer. But now they have to get her back from her captors. But the Serpent Kings aren't the only ones seeking this Wraith Dancer. When the Serpent Kings are driven back to Mount Doom, Gwen is captured by Varen and his rebels. To ensure her safe release, Ezekiah agrees to lead a demolition team into the mountain to bring it down upon the dragons. But the Serpent Kings are not easily slain. In their ensuing fury they destroy the city of Babale and enslave their faithful worshippers, creating a fearless army of death walkers to cleanse the kingdom once and for all. Meahwhile, Ezekiah is sent to a city across the sea, called Haven, where he must enter the ancient Temple of Elithias and accept the fate that awaits him there. However, the dragons mean to stop him, bringing all of their resources to bear. If he fails, all of humanity will become deathly slaves to the dragons. But one lone Wraith Dancer stands in the gap willing to risk everything to see him succeed.

Shadow Walker: 500 years have now passed since Ezekiah assumed control of Haven and the kingdom beyond the sea as the regent of Elithias. Most believe that the Serpent Kings were all destroyed in the battle with Ezekiah long ago. However, one young women with vengeance in her heart has been following a mysterious voice that speaks to her in dreams. This entity desires a vessel that can be used to free it from its prison and unleash its power upon the kingdom. Time is short and the coming of Elithias may finally be at hand, but will anyone survive to witness it?