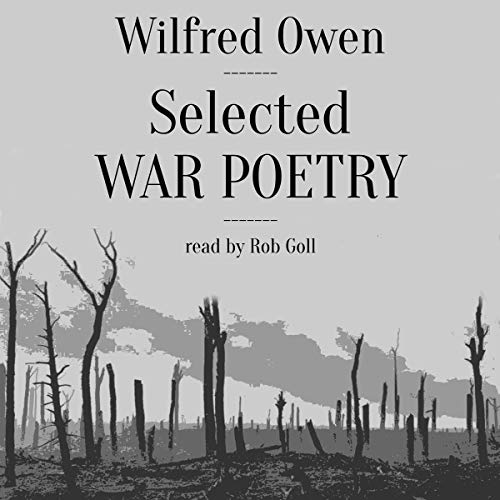 Wilfred Owen is widely regarded as one of the greatest poets of the First World War. He was tragically killed on patrol on 4 November 1918, a week before the armistice was signed.

Owen was to see only five of his poems published during his lifetime. This collection of 23 poems, containing many of his best known works, uses the texts as published in Poems - edited by Wilfred Owen’s friend and mentor Siegfried Sassoon with the assistance of Edith Sitwell and first published in 1920.

The poems included in this collection are as follows: Strange Meeting; Greater Love; Apologia pro Poemate Meo; The Show; Mental Cases; Parable of the Old Men and the Young; Arms and the Boy; Anthem for Doomed Youth; The Send-Off; Insensibility; Dulce et Decorum Est; The Sentry; The Dead-Beat; Exposure; Spring Offensive; The Chances; S.I.W.; Futility; Smile, Smile, Smile; Conscious; A Terre; Wild with all Regrets; Disabled.