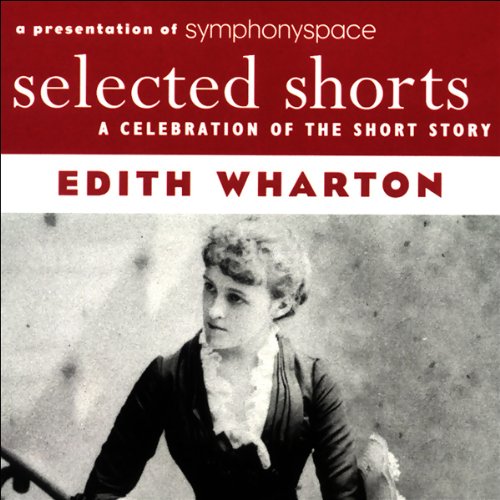 Selected Shorts: A Celebration of the Short Story has toured to the Mount, the stately and elegant home of the great American writer Edith Wharton, for the last several summers, presenting Broadway and Hollywood actors reading stories by Wharton and other writers. Selected Shorts now presents a collection of four of Edith Wharton's short stories, recorded live at the Mount, and featuring acclaimed actresses Kathleen Chalfant, Christina Pickles, Maria Tucci, and Brenda Wehle.

Selected Shorts is an award-winning series of classic and contemporary short fiction read by acclaimed actors. The series originates at Peter Norton Symphony Space in New York City. The Selected Shorts radio series is a co-production of Symphony Space and WNYC, New York Public Radio, and is heard on public radio stations nationwide.

What listeners say about Selected Shorts

...please note that the stories are, in fact, abridged.

I have enjoyed reading more short stories and was very pleased with these. Perhaps since this was done for the series Selected Shorts, the readers were well chosen. These are interesting short stories with a nice twist at the end.

having participated in reading groups before, i particularly enjoyed 'xingu.'

short stories are a wonderful way to enjoy audio books. if, like me, you prefer unabridged to abridged, i will forgive you if a glance at the thirty-or-so hours of invested life required to make it through, say, 'our mutual friend,' causes you to blanch.

i can listen to one story before sleep and pick up the next night without a problem.

Love the sense of humor. You can relax and laugh, i highly recommend these shorts.

This was my first Audible Edith Wharton and they are very entertaining tales. So there!