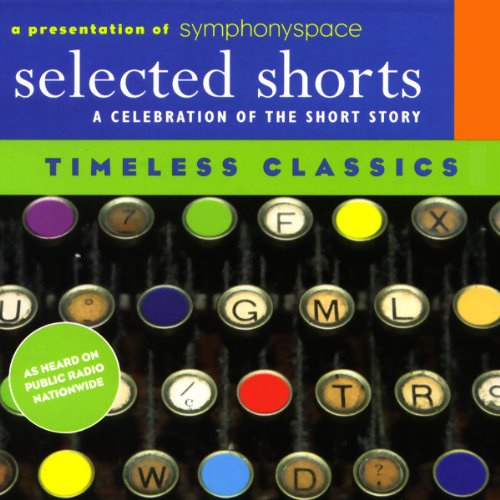 Selected Shorts is an award-winning series of classic and contemporary short fiction read by acclaimed actors. The readings are recorded live at Peter Norton Symphony Space in New York City. The Selected Shorts radio series is a co-production of Symphony Space and WNYC, New York Public Radio, and is heard on public radio stations nationwide.

In this collection of timeless classics:


"What makes these retellings fresh is the dynamic of the live audience, with the murmurs and, at times, laughter of the crowd helping to direct readers." ( Audiofile)

What listeners say about Selected Shorts

perfect before sleep listening. the pieces are reasonably short and it's easy to navigate from one to the other.

great stories, well read. this is the nineteenth of a series from symphony space. i can only hope audible nabs the rest.

A wonderful variety of stories, each one offers opportunities for perspectives you may not have considered before. Some will leave you podering others are just laugh out loud. So good you'll want to go back to listen again!

The short stories are great and very very well read. I was highly entertained and pleased.

While most of the stories are engaging, I did find myself zoning out while listening to a couple of them. Overall this is a good listen. The length of the stories is perfect for commute or on the treadmill. I would recommend.