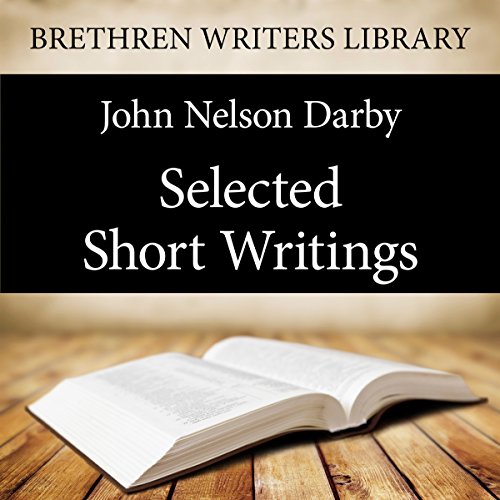 JND was a prodigious writer who had a major influence on evangelical thinking in the 19th century. Here are just a few of his articles. "Man Fallen and The Seed of the Woman, Genesis Chapter 3": "Satan is active, and his power consists in producing distrust, and this where there is happiness and intimate relation with God - to darken, and, if possible, destroy all in the heart. Eve listened to and believed Satan, in place of listening to God and believing Him; and this is just what man is ever doing, but God pronounces judgment on the enemy, and in the midst of it the revelation is made of the Saviour, for the suffering second Man, the woman's Seed, is Son of God, the true God, and eternal life, who became man, to die for sinners and destroy the works of the devil."

"God's House and The Way, Psalm 84": "Would not such a thought as being in God's court, as men dwelling in God's own house, greatly delight and surprise us, if heard for the first time and its meaning understood? It is this new thing - that men should dwell in God's own house; not be there merely as a visitor, but a dweller. Is the hope of the Lord's coming your daily delight? Does it influence you in the 10,000 details of your every-day life? Or are you so walking hand in hand with The World that the very thought of His Coming fills you with shame?"

"Death with Christ , Romans Chapter 6": "The application of 'Christ dead and risen' to the believer's walk, the motive to, yea ground of, a Christian life is that we died with Christ; and we have life through a dead Christ, with whom we died. "Walk in newness of life." "Have your fruit unto holiness." But the great doctrine of grace is - saved by a mediator."

This includes an In debth look at just a few verses of scripture- such as in the garden of Eden.