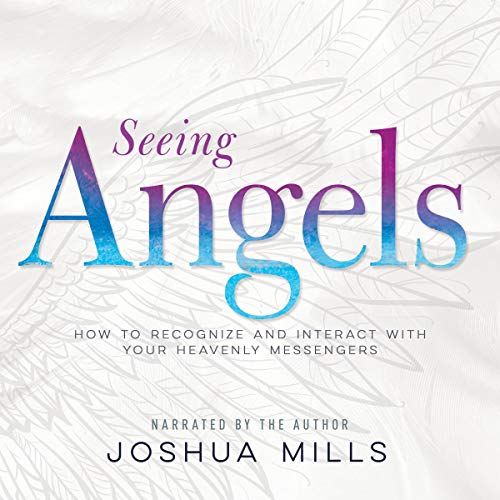 Seeing Angels: How to Recognize and Interact with Your Heavenly Messengers

A recent study found that 57 percent of Catholics, 66 percent of Evangelical Protestants, and 10 percent of Jews have reported having a personal experience with a guardian angel. And 20 percent of those who identified themselves as having no religion also claimed having encountered an angel.

Seeing Angels is one of the most in depth examinations of angelic ministry by one of the cutting-edge charismatic leaders in the church today. Joshua Mills goes beyond the usual takes on angels regarding spiritual warfare and explores who they are, how to recognize them, and what they do.

With a foreword by Patricia King, Seeing Angels is among the most comprehensive teachings on recognizing angelic beings and understanding how to partner with them in ministry.

What listeners say about Seeing Angels: How to Recognize and Interact with Your Heavenly Messengers

Expected a lot more than just mere stories. Though the stories were good in the starting but it became monotonous after chapter 4 to me.

Father let this book fall into every hand who is thirsty and hungry for You and the deeper things of you. in Yeshua's holy name and blood and authority and power Amen.

This book is so needed for such a time as this. Highly anointed, Super Powerful and Glory filled. And a HUGE PLUS THAT JOSHUA NARRATED IT BECAUSE IT WAS THAR MUCH POWERFUL WITH ACTIVATIONS AND IMPARTATIONS THROUGHOUT THIS READ. A HUGE MUST HAVE IN YOUR WEAPONS KIT

Did not enjoy the book.

it wasn't quite what I expected. I fell asleep during chapter 2. Although I am a Christian, I wasn't looking for being preached to.

Very relative and informative. This book has added answers to questions that I had and praise God for Joshua Mills.

this book was absolutely amazing. I will listen to it again I want to absorb every ounce of it.

The supernatural force of Angel's

I would recommend this audiobook to everyone in the Kingdom of God. great tool to equip the saints in the coming years.

This book gives excellent insight, overview, and understanding of Angels presence in our lives.

This book is such a blessing! I've already encouraged some in my women's group to read it. The Lord has been leading me to connect with and gain help from His angels and I recently have the eyes of my heart open to them. The testimonials in this book help me to grow in knowledge and wisdom in these areas.

Life changing information shared through stories and real encounters to help the listener understand how to connect with Angels, and prayers to aid is in experiencing our own encounters. thank you💕🕊️🙌😇