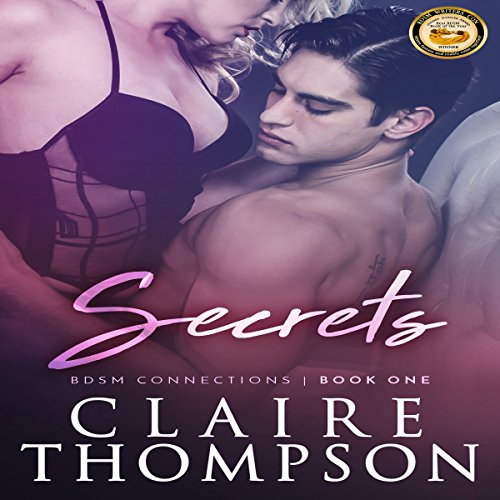 By: Claire Thompson
Narrated by: McKenna Lee
Try for £0.00

Allie turns precious metals and stone into intricate jewelry - too bad she can’t work the same alchemy on her sex life. But a closely held secret keeps her from finding a dom willing to take her where she longs to go...until she meets Liam, whose darkly compelling nature speaks directly to her submissive heart.

Liam writes engaging grant proposals all day, but can’t seem to create the same connection with a true submissive. Though the online spark with Allie is instant and intense, Liam has a damaging secret of his own that forces him to hold the world, including Allie, at arm’s length.

As their D/S exploration intensifies, Liam and Allie must confront their fears. Will their newly forged bond be strong enough to survive their secrets?

The narration was awesome! I absolutely loved it! An Amazing sultry voice that pulls you in from the 1st word. Absolutely no complaints here!

Very well written story about how your other half is out there somewhere, even on the other side of the country. Very good, well written book with amazing characters. Claire did a fantastic job creating complex characters who are absolutely perfect for eachother.

McKenna did a phenomenal job with the narration. She is quickly becoming one of my favorite narrators!

It was not what i expected

narration should have been a guy and girl. the story was ok kinda dull usually takes a day to finish a book like tgis but i had to put it down it was not nail biting the sex scenes could have been alot better

I loved the characters and the story in this!!! I enjoyed listening!

The narrator was awesome.. her smoky voice added to this!!!