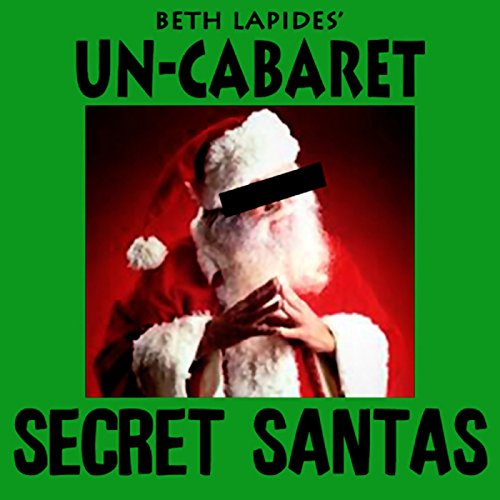 It's a special Un-Cabaret compilation of four deeply funny stories about the Christmas holiday. John Riggi tries desperately to create some kind of Christmas ritual with his family; Jenny Bicks wins an Emmy and discovers the limits of giving; Michael Patrick King unwraps an inspired piece about his Christmas secret; and Brent Forrester celebrates a spectacularly nightmarish New Year's Eve in Hawaii.

Jenny Bicks is the executive producer and creator of the TV series Men in Trees. She was a writer and producer of Sex and the City, writer and co-producer of The Naked Truth and creative consultant on Dawson's Creek.

Michael Patrick King was the writer/director/executive producer of Sex and the City and The Comeback (which he created with Lisa Kudrow), as well as writer and consulting producer on Will & Grace and writer on Murphy Brown.

The stories were recorded at Un-Cabaret's series "Say the Word", featuring great comedy writers reading their own original first-person nonfiction.

ADVISORY: Some material may not be appropriate for minors.

What listeners say about Secret Santas