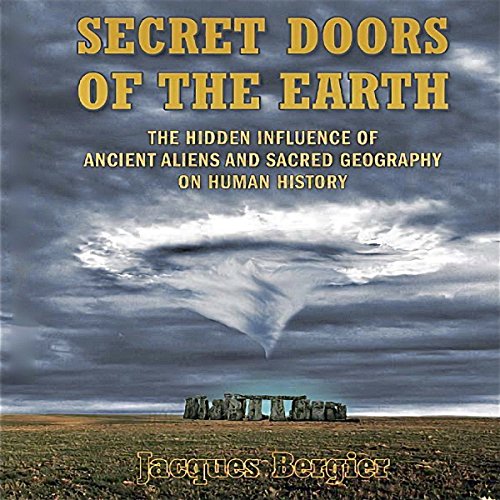 Secret Doors of the Earth: The Hidden Influence of Ancient Aliens and Sacred Geography on Human History

Secret Doors of the Earth: The Hidden Influence of Ancient Aliens and Sacred Geography on Human History

How many worlds exist within the earth we see every day? Though there are many mysteries we cannot even imagine, the scientific discoveries and inventions of recent decades - along with myth, folklore, and various unexplainable events that have been recorded down through time - suggest to French scientist Jacques Bergier that the surface of the earth may be more complex, and its history more incredible, than is generally supposed.

Among the possibilities he puts forth in this astonishing new book:

There may be secret doors of the earth, phenomenal subterranean passageways to other dimensions.

Extraordinary beings among us, who are as old as the planet, have formed secret societies to safeguard and propagate a body of knowledge known only to themselves.

Because this knowledge is transmitted genetically, these people initiate into their societies only those beings with similar chromosomal makeup; these are "the immortals in our midst".

The centers of energy these secret societies create probably communicate with extraterrestrial intelligences in the galaxy, exchanging information by means of the "collapsars" (black holes) in space.

Interdimensional portals have dispensed "powers" to humans, such as Charles Mallory Hatfield, the amazing rainmaker; Goethe's physicians, alchemists with superior knowledge who saved his life; and Louis Rodgers, who is said to have been seen repeatedly in two different places at the same time.

Citing also authors as diverse as H. P. Lovecraft, Arthur Conan Doyle, and Teilhard de Chardin, Bergier opens a mind-boggling vista of unexpected mysteries. In the hierarchy of this universe, to paraphrase de Chardin, the fantastic alone has a chance of being real. Secret Doors of the Earth is not science fiction but an interpretation of "improbable facts" that will stir and challenge your imagination.

Older than I expeected (1972.) Still worth hearing

Not much I can say. There were thought provoking moments, and I suppose that is what I wanted.