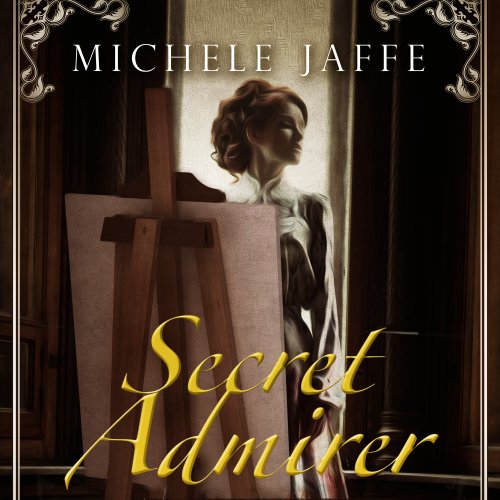 She's got murder in mind.

Lady Tuesday Arlington has always used her painting as a refuge from the nightmares that plague her sleep. When her husband is murdered in a setting that uncannily resembles one of Tuesday’s paintings, the young widow becomes the prime suspect. Lawrence Pickering, the Earl of Arden and an investigator in service of Queen Elizabeth I, begins to follow Tuesday’s every move, certain of her guilt - until Tuesday becomes a target herself. Intrigued by her knowledge of the crime scenes as well as her stunning beauty, Lawrence vows to protect her. But how can he stop a killer who appears capable of the impossible - invading Tuesday’s mind?

What listeners say about Secret Admirer

Wow! I was beginning to think that this book would never end. I don’t normally take on a book that’s nearly 500 pages because it means a lot of skimming and a lot of the author repeating him or herself.

It was a simple story about a serial killer who believed he was a knight and had to kill all the men who thought to take His Lady away from him. And it was about Lawrence who the killer referred to as the Knight of Knights and who was the last knight the Lion was going to kill.

I saw no reason whatsoever why Tuesday’s father was even in this book. He added nothing to the story, all he did was take up pages.

And another reason it was such a long book was because there was one misunderstanding after another between Tuesday and Lawrence and it was like they were portrayed as too stupid to talk about it. It had to drag out forever. I can’t see myself reading this author again. I hate misunderstandings and angst.

There was explicit sex in this book, actually 2 or 3 scenes, but the first one was so stupid I almost quit reading. So, picture this, an explosion and Tuesday is thrown out of the building and the chimney lands on top of her. The doctor says it’s doubtful she’ll live through the night. Lawrence and Tuesday are filthy from the explosion, he has burns all over him and she has burns and a broken arm and a cut on the head. Something like 20 hours pass and she wakes up and then they’re having sex! Still filthy and still hurt and they’re going to have at it? Really? Why the heck do authors do that kind of stuff? Do you really believe after being blown out of a building and having a chimney land on you that you’re going to be thinking about sex any time in the near future?

As to the narration: First of all you really need to have it on 1.25 speed. Then David McAlister's reading is perfect. He reads with the best emotions BUT his women’s voices are absolutely terrible. He needs to practice that and he'll be a great narrator.