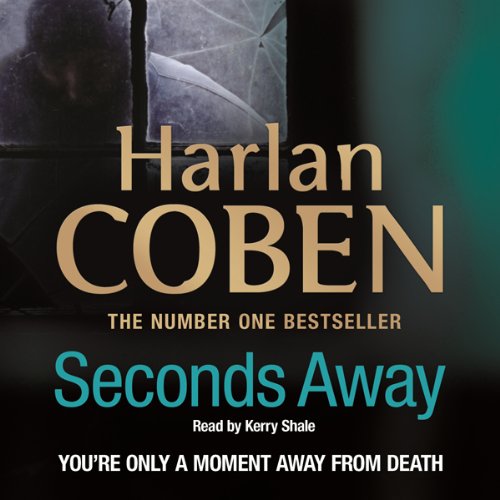 By: Harlan Coben
Narrated by: Kerry Shale
Try for £0.00

Having ended the Edgar Award-nominated Shelter with a jaw-dropping cliff-hanger, Coben picks up Mickey's story right where it left off in this suspenseful new adventure. Mickey and his loyal new friends, sharp-witted Ema and adorably charming Spoon, once again find themselves in over their heads on the hunt for missing pieces to a puzzle they have yet to understand. As the mystery surrounding Mickey's dad's death unfolds, he soon learns that they may be in more danger than they could have ever imagined.

Kerry Shale’s stage credits include His Girl Friday (National Theatre) and Frost/Nixon (West End). TV credits include Doctor Who and Life’s Too Short. Recent films include A Fantastic Fear of Everything. He has won three Sony Radio Awards, the APA Award for Best Male Audio Book Reader (UK) and the Audie Award for Best Male Audio Book Reader (USA). His audio books include two winners of the Man Booker Prize, Life of Pi and The White Tiger.

What listeners say about Seconds Away

Seconds from what (wish I could remember)

Read a lot of Harlan Coban, but not from the start of HB's journey, and Micky Bolitar's. Interesting to see how much it's developed overtime. Its definitely more junior but you gotta start somewhere. The narration is somewhat awkward, but might keep you amused 😄 (spot Marilyn Monroe). The police chief is incredible lol. Would you trust him? I'm still a fan.

This was gripping, just off to buy the next part!! If you liked the first book, Shelter, you definitely won't be disappointed.