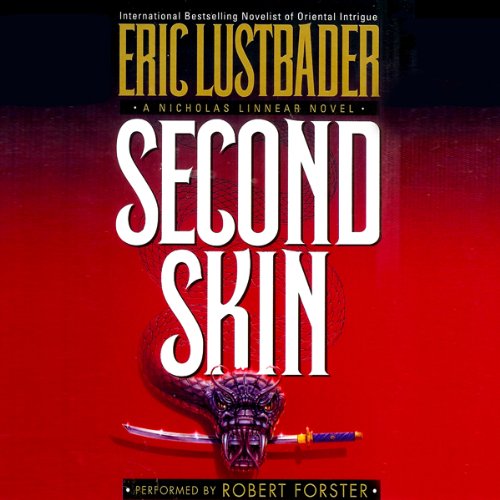 By: Eric Lustbader
Narrated by: Robert Forster
Try for £0.00

Nicholas Linnear won a major battle with the apocalyptic destruction of Floating City. But his enemy has retreated from the ruins left smoldering in the Vietnamese jungle, to regroup and mount the assault that will solidify his ultimate power-and destroy Linnear. That enemy is Mick Leonforte, scion of a proud and deadly Mafia dynasty. Now an international corporate power broker as well as a criminal czar, Leonforte is preparing to take on Linnear, his sworn nemesis, on the battleground where business and warfare become one. There Linnear comes face to face with a terrible truth about his own father, one that links Nicholas inescapably to his enemy.

It places Koei, the woman he loves above all else, in the vengeful path of a sadistic criminal genius. And it will plunge Nicholas into the depths of Kshira-the dark side of the mystical power he possesses-the terrible force that even the master who trained Nicholas was powerless to escape.

What listeners say about Second Skin

love it kept on the edge though out the book,
unbelievably ending. Must read book