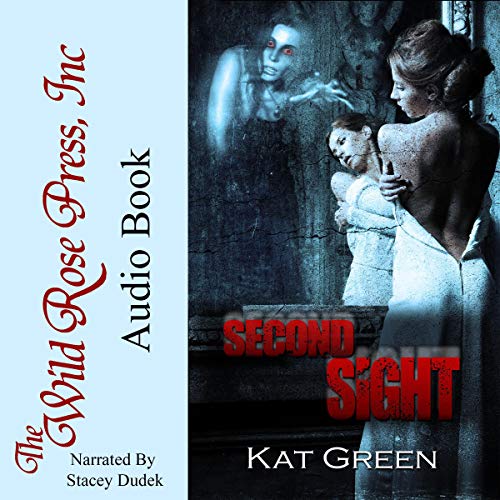 Paranormal real estate agent, Sloane Osborne sells haunted houses. And she's getting quite good at it. But not all hauntings are the same. Some are common manifestations but others are more sinister - dark and evil.

Called in to investigate a beach front home in charming Yarmouth, Maine, Sloane envies one couple's happy future whereas hers has been ripped away. These days, she finds more comfort in hunting the dead than being among the living.

But this fairy tale New England home has a dark secret: the new owner has gone missing - inside the house. Is Sloane in over her head? When the local ghost hunting team gets involved, they make things worse, waking up a latent evil that refuses to be banished. Some ghosts do more than haunt houses - they fight back to inflict their own torment on the living.

What listeners say about Second Sight

There is something wrong with this audiobook. After the opening credits, Chapter 1 is read twice in full and then the narration moves on to Chapter 3, missing Chapter 2 out completely. The sound quality is not good, but it is listenable. Hopefully Audible will sort this out soon.

Narrator is not what I'm used to but I'm glad I finished the book. I hope they write a third one but find a completely different narrator from the first two books.

Cute story but the horrible narration made it like nails on a chalkboard. All the inflections and pauses in the wrong place! Truly a horror story.

NARRATOR is worse than terrible

I’m still in the first chapter and the story sounds good BUT OMG..this person is ..I can’t even find words for how bad she is. She sounds like she’s not even trying. I’m not gonna get through this ..sigh ..and the story sounded like it was great..getting my credit back.

Okay, this book was amazing. Seriously, it left with a cliffhanger. I want another book.

I listened to the first book when a friend recommended it to me and loved it. I've been checking audible every time I had new a new credit if the second was available, and was pumped when the sequel came out. This book was a great follow up to the first book. If you enjoyed the first one then you would definitely love this book. I for one was able to get through the book in just a few days.