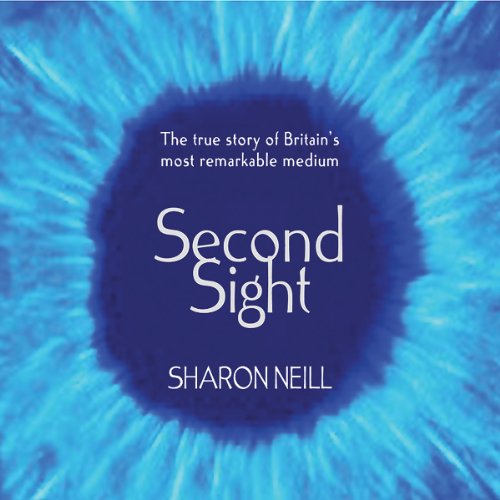 The Inspirational Autobiography of the UK's Only Blind Medium
By: Sharon Neill
Narrated by: Sharon Neill
Length: 3 hrs and 32 mins
Categories: Biographies & Memoirs, Memoirs
4 out of 5 stars 4.0 (10 ratings)

"She said I was a psychic, that she dabbled herself and recognised my talent. I thought she was barmy, didn't think anything more of it - until the night Granny appeared to me...."

Sharon Neill was studying at college when she first discovered she had an ability to talk to the dead. She began trying out readings on her friends for fun and soon developed her talent. She now works as a full-time medium and is highly revered within the psychic world.

In this revealing autobiography, Sharon gives an insight into many of the visions that have appeared to her over the years, with a glimpse of the dark and dangerous as well as the rewarding and uplifting.

quite interesting but left me sceptical

I am interested in the paranormal but found this book left me wondering if what she said was true. She skimmed over quite important issues like sensing auras eg she claimed that she was able to sense the auras of trees and plants from an early age but didn't go into any interesting detail about that, just claimed she could.She said she recognised her own past lives and "seemed" to be claiming to be a buddist but then didn't go into anymore detail about that either. And if we do have past lives and are reincarnated then how can she contact people who have died and are on the other side? would they not have moved on and have reincarnated?. She lied to social services to get a house, claiming she was in danger by her own family (they apparently no longer speak to her) which made me wonder what else she could/would lie about so I googled her after finishing this unsatisfying book with some dubious claims. Apparently her mention of helping the police may have been false as she claims she was asked to undergo a lie detector and as someone on google pointed out, in the year she claims, lie detectors were not in use. So I finished the book but as not convinced by her story due to some inconsistencies and dubious information.

This was a very interesting book revolving around the authors real life and was also narrated by her. If you don't believe in the after-life this book may just change your thinking. I would definitly recommend it and it did hold my interest from start to finish.

At first I struggled with the Authors voice but after listening and understanding that this is one of the few books actually narrarated by the Author (who was born blind) it was a fascinating "read". It held my interst the entire way through and is obviously a topic which we would all find interesting. Seeing things from the other side, it is an interesting journey for someone born with this gift.

Refreshing real, an amazing gift for an amazing woman. I have listen to this book over and over again.

Blindness is no barrier

Loved it. The candour and simplicity were unique. The tone very modest and self-effacing and very down to earth.