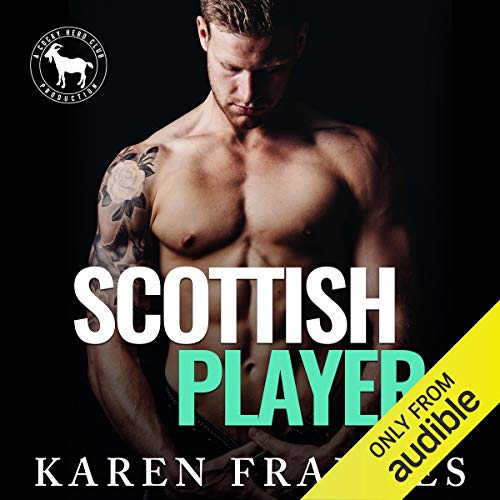 Can what happens in Vegas stay in Vegas?

Taking a well-earned break with her best friend, Sam Walker would never have expected to be faced with her brother, or his teammates, enjoying a pre-season stag party.

Sam knows the single footballer mentality and didn't expect to be drawn to the charismatic one and only Jackson Taylor.

One night. That's all he wanted. But after just one night with Sam, he knew once would never be enough!

Tempers and fists fly when a misunderstanding occurs that causes friendships to be tested and hearts to be broken.

Can Jackson convince Sam that his days as a well- known "player" are behind him?

What listeners say about Scottish Player

I really enjoyed this book, The narrator was great, she is very good at her accents, Scottish, Australian and American all in one conversation, brilliant!. I love the characters. Samantha is in Vegas with her friend Kate but Sam's brother is also in Vegas with some of his football team and neither know until they bump into them at the hotel. Jackson is one of the team, there is instant chemistry when he meets Sam. After a misunderstanding Jackson and Sam end up together in his hotel room but can what happened in Vegas stay in Vegas? I enjoyed this from start to finish and would definitely recommend this audio.

Great story and I loved Jackson, definitely the cockiest of the players but one of the most lovable. Listened to in one sitting as I didn’t want to turn it off.

Both the author Karen Frances and narrator Kirsty Strain are new to me. One of the things I have loved about the Cocky Hero Club is discovering so many new authors such as Karen Frances. Scottish Player is a fast paced, steamy story which I was hooked on from the fist to the last chapter.

What happens in Vegas, stays in Vegas, right? Not always. When Sam Walker finds herself confronted with her brother and his teammates she never in her wildest dreams thought she would be attracted to Jackson Taylor.

This is a steamy story that drew me in and had me hooked from the first page. Not only that but Karen Frances wove some surprising twists and turns into the story that I didn’t see coming.
Jackson will do his best to convince Sam that he is not the player that she thinks he is. The chemistry between them is intense and the banter between them witty. The secondary characters were entertaining and it was great to see Chance and Aubrey make an appearance which just added to my enjoyment.

The narrators was entertaining and brought the characters to life for me.