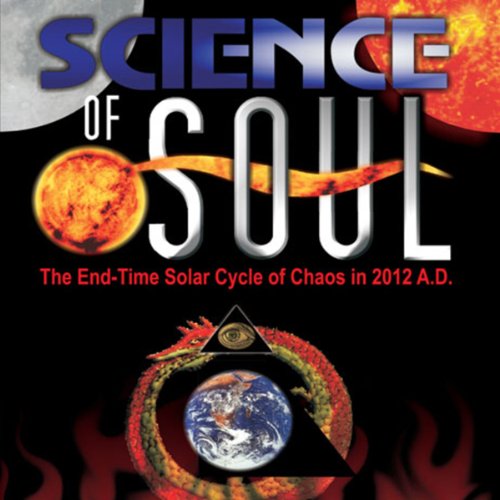 From the unified mind's eye of Reality Press and author John Jay Harper comes the complete visionary integration of physics and metaphysics, a Science of Soul. Indeed, this spiritual blend of music with a finely crafted scientific script, filled to the brim with facts, will offer listeners the "lost key" to the secrets of the ages - a key that was only briefly introduced in What the Bleep Do We Know? and The Secret. Specifically, it involves our deepest relationship to the "magic of magnetism" and the connection between sacred-site structures on Earth and the solar flare cycles of the Sun.

The Egyptians and Mayans revealed to us - in art, story, and their symbolic temple rites - the life-force energy that is about to turn our world upside down and inside out. In a galactic "pole shift" that will ripple with serpentine solar power through the swirling molten iron core of our planet - and then us - this cataclysm will impact consciousness, climate, culture, and civilization like no other nuclear force known to mankind.

Science of Soul unlocks the truth of ancient and modern wisdom-keepers. It explains how Gnostics, Freemasons, Knights Templar, shamans, and serpent and Sun gods came to reveal the hidden - and so often, forbidden - knowledge of the End-Time Solar Cycle of Chaos set for A.D. 2012.

What listeners say about Science of Soul

Whoever's idea was it to place singing underneath the narration? The music renders it very difficult to hear whats being said, I find myself missing whole chunks. Far too much music (two or three songs before it gets started) and music pauses throughout. Thank goodness the book is only an hour long! I still havnt a clue what its about

The speech impediment and frequent misspronouncation aside, why on earth would you have music playing in the background???

The biology of the ears follows rhythm and tune so it is a CONSTANT mental effort to distinguish what is being said around invasive and extraneous sound, and it only gets worse when there is singing in the background meaning you have two voices at once to fight through.

After 40mins of listening I had to turn it off due to a headache and I usually listen to whole books in one lot without effort.