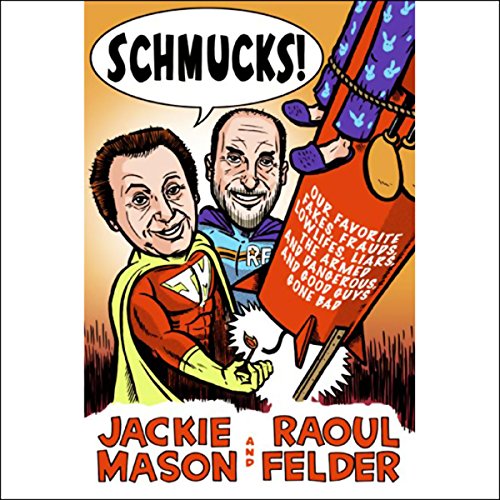 Jackie Mason, one of the true kings of comedy, and his partner in crime, former federal prosecutor and celebrity attorney Raoul Felder, go after America's lowlifes, "scumbags", and everyone else who really gets on their nerves.

Schmucks! combines Mason's and Felder's nails-to-the-wall political satire. They combine impeccable timing with insightful observations on the foibles of modern life to create material that will leave you crying with laughter.

The featured Schmucks include:

"[Jackie Mason] is more than a joke-joke comic; he is a philosopher." (Steve Allen)

What listeners say about Schmucks!